There'll always be an England 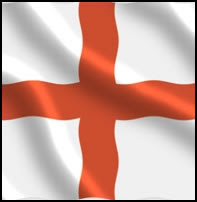 What England Means to Me

A Domesday Book of the mind

There are a few things I will venture to mention about England. They are spoken in no invidious sense. Here it would hardly occur to any one that the banks would close their doors against their depositors. Here no one questions the fairness of the courts of law and justice. Here no one thinks of persecuting a man on account of his religion or his race. Here everybody except the criminal looks on the policeman as the friend and servant of the public. Here we provide for poverty and misfortune with more compassion, in spite of all our burdens, than any other country. Here we can assert the rights of the citizen against the state, or criticize the government of the day without failing in our duty to the Crown or in our loyalty to the King. This ancient, mighty London in which we are gathered is still the financial center of the world. From the Admiralty building, half a mile away, orders can be sent to a Fleet which, though much smaller than it used to be, or it ought to be, is still unsurpassed on the seas.

Historians have noticed, all down the centuries, one peculiarity in the English people which has cost them dear. We have always thrown away after a victory the greater part of the advantages we gained in the struggle. The worst difficulties from which we suffer do not come from without. They come from within. They do not come from the cottages of the wage-earners. They come from a peculiar type of brainy people always found in our country, who, if they add something to its culture, take much from its strength.

Our difficulties come from the mood of unwarrantable self-abasement, into which we have been cast by a powerful section of our intellectuals. They come from the acceptance of defeatist doctrines by a large proportion of our politicians. But what do they offer but a vague internationalism, a squalid materialism, and the promise of Utopias?

Nothing can save England if she will not save herself. If we lose faith in ourselves, in our capacity to guide and govern, if we lose our will to live, then indeed our story is told. England would sink to the level of a fifth-rate power, and nothing would remain of all her glories except a population much larger than this island can support.

We ought, as a nation and as an Empire, to weather any storm at least as well as any other existing system of human government. It may well be that the most glorious chapters in our history are yet to be written. Indeed, the very problems and dangers that encompass us and our country ought to make English men and women of this generation glad to be here at such a time. We ought to rejoice at the responsibilities with which destiny has honored us, and be proud that we are guardians of our country in an age when her life is at stake.

England, MY England!
Posted by The Brat at 4:44 AM