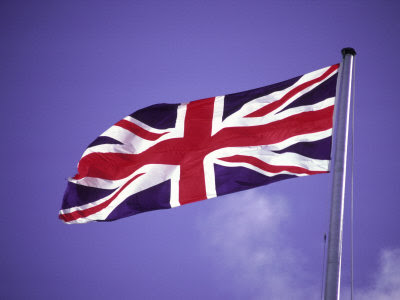 Thirty years ago this week:

The breaking of a terrorist siege in the heart of London in 1980 catapulted the normally secretive SAS onto the world stage. The audacious daylight assault, carried out in the full glare of media scrutiny, made the Regiment and it's motto, 'Who Dares Wins' an indelible part of UK culture. The techniques used in the operation were quickly studied and copied by other special forces and counter-terrorism units around the world.

11:30am Wednesday April 30th, 1980 : Six Iranian gunmen force their way into the Iranian Embassy at Princes Gate, London. They overpowered PC Trevor Lock of the diplomatic protection squad and took a total of 26 people hostage. Amongst the hostages are men from the BBC who were arranging visas.

The terrorists, who called themselves the 'Democratic Revolutionary Front for Arabistan' were protesting against the oppression of Khuzestan by the then Iranian leader - Ayatollah Khomeini. They demanded the release of 91 political prisoners who were imprisoned in Iran. They also demanded a plane to fly themselves and the hostages out of the UK.

Not long after the initial seizing of the Iranian embassy, the police cordoned off the area. Police snipers took up positions overlooking the building. The UK government's emergency committee, COBRA, was setup to monitor and manage the evolving crisis.

At their base in Hereford, the SAS Counter-Terrorism team of the Special Air Service was put on high alert. B Squadron, who were during their stint on the Anti-Terrorist team, sped down the motorway to London. The SAS moved into a building close to the Iranian Embassy and quickly formulated an Immediate Action (IA) plan. The IA is put into play if the situation deterioates before a proper assault plan can be drawn up e.g. if the terrorists snap and start shooting hostages. The SAS prefer to have the time to gather good intel and formulate a detailed assault plan.

As the police negotiators began their delicate dialogue with the hostage takers, MI5 specialists lowered microphones down the embassy's chimneys. A road drill outside was used to cover the sounds of holes drilled through the walls of adjacent buildings for eavesdropping devices.

The SAS planners studied blueprints and consulted with the embassy janitor, building a picture of the building's interior, doors and windows. Preparations included small team of SAS men sneaking onto the roof of the embassy at night where they checked out potential entry points.

In between planning and standing-to on alert for immediate deployment, the SAS troopers kept boredom at bay by watching the Snooker championships on tv.

The terrorists were led by Awn Ali Mohammed, 27, who was code named 'Salim'. Over the first few days of the siege, Salim released several women hostages and a BBC employee who feigned stomach cramps in order to be released. By Monday, and with no sign of his demands being met, Salim's mood changed for the worse and tensions rose. Salim threatened to shoot a hostage. Abbas Lavasani, an Iranian who had drawn the ire of the hostage-takers due to his animosity towards them was separated from the rest of the hostages. At noon 3 shots were heard from within the embassy and later that evening Lavasani's body was pushed out the front door.

The terrorists had now crossed the line. UK policy was not to use force unless hostages had either been killed or where at immanent risk of being killed. By killing a hostage, the terrorists had essentially forced the government's hand.

COBRA responded to the shooting by authorising the use of force to end the siege and release the hostages. Whilst negotiations continued with the terrorists, this time with the aim of stalling for time, operational control was handed over from the MET to the MOD. The SAS were now ordered to go in....(here)

With the American hostages still being held in Tehran, in London 1980 a very different response met Iranian terrorists who thought they could wreak mayhem in London:

On April 30th, 1980 six armed Iranian men stormed the Iranian Embassy in London taking twenty-six people hostage. Six days later the SAS ended the siege, killing five terrorists and capturing one. It was the operation that propelled the SAS into the public eye and firmly established them as the worlds’ best counter-terrorist unit.

Six Iranian men run into the Iranian Embassy, 16 Princess Gate, London. PC Trevor Lock of the Diplomatic Protection Squad (DPS) was on guard outside the embassy and was able to raise the alarm by activating a secret alarm hidden in his lapel before being bundled into the embassy by the terrorists. The terrorists were carrying SMG and Browning 9mm handguns, a .38 revolver, Russian made hand-grenades and Scorpion automatic rifles. They quickly made their way around the embassy rounding up everyone there and hurding them onto the second floor where they split up the men and women. They held 26 hostages; 5 women and 21 men, mainly embassy staff but they also held a group of tourists and two BBC staff, Chris Cramer (a BBC Journalist) and Sim Harris (a BBC sound recordist.)

Scotland Yards C13 Antiterrorist Squad were quickly dispatched and were followed by C7 Technical Support Branch and police snipers who quickly took up sniper/counter sniper positions. Negotiators were soon on scene and spoke to the terrorists by yelling through open windows until a telephone link was established with the embassy.

The SAS were notified that a terrorist incident had taken place in London and members of the counter revolutionary warfare wing (CRW) who were practising their close quarters battle (CQB) in the ‘killing house’ were paged with ‘999’ telling them that a real incident had taken place and that this isn’t an exercise. 36 SAS troopers loaded into converted white Land Rover’s with their tactical CQB gear and set off for London from their base in Hereford.

A large group of demonstrators gathered just out of earshot of the embassy shouting ‘Death to Carter’ and ‘we are Ala’s soldiers, we are Humanise soldiers’. This was a dangerous situation as the terrorists could easily of acted unfavourably towards the protests, possibly even firing at them from the embassy.

The terrorists didn’t speak good English so the hostages were used to communicate between the terrorists and the negotiators and a telex was received from the terrorists listing their demands, they demanded:

"One: we demand our human and legitimate rights. Two: we demand freedom, autonomy and recognition of the Arab people. Three: we demand the release of ninety-one Arab prisoners in Arabistan. If all the demands are not met by noon on Thursday, May 1, the Embassy and all the hostages will be blown up." The terrorist also demanded that negotiators from Iraq, Jordan and Algeria were flown over to take control of the negotiations....(SAS here)

For an eye witness account on audio go here.

On the SAS main site it says this:

I agree to carry out arduous duties with no recognition, no rewards, no promotions, and no medals . (here)

Although some of us knew of their work, for many this was the first inside look at the work of these heroes of the British elite squad. Today, Iran is still an 'issue' on the world stage, and the US Secretary of State uses 'harsh words', and wags her finger to express the US disapproval.

Thirty years ago, the SAS proved that the only effective way to deal with terrorists is harshly. THAT is ROE to believe in.