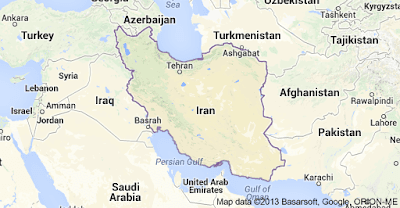 Saudi prince to Iran: We won’t sit idly by

Not just Israel is scrambling to adjust to Obama's capitulation to Iran. "Saudi prince to Iran: We won’t sit idly by," from the Times of Israel, November 24: In an acerbic interview shortly before the Geneva interim deal was signed, a senior Saudi diplomat issued a rare direct threat to Iran, warning that “all options are available” should the international community fail to rein in Iran’s alleged drive to acquire nuclear weapons.

The statement from Prince Mohammed bin Nawaf bin Abdulaziz, the Saudi ambassador to London, came as talks between Iran and the P5+1 group of world powers were in full swing in Geneva.

In his interview with the Times of London (paywall) on Friday, Prince Mohammad also voiced unusually abrasive criticism of the West for what he said was a too-soft approach to Iran, calling Washington’s “rush” to engage with Tehran “incomprehensible.”

“Appeasement hasn’t worked in the past, and I don’t think it will work in the 21st century,” he was quoted as saying....


The interim agreement between the P5+1 and Iran: the details

The P5+1 countries (the United States, United Kingdom, Germany, France, Russia, and China, facilitated by the European Union) have been engaged in negotiations with Iran in an effort to reach a verifiable diplomatic resolution which would prevent Iran from obtaining a nuclear weapon. On Sunday, the P5+1 and Iran reached a set of initial understandings which halts, at least temporarily, the progress of Iran’s nuclear program and rolls it back in key respects. In return, for Iran’s concessions, and as part of this initial step, the P5+1 will provide what the agreement describes as “limited, temporary, targeted, and reversible” relief to Iran.

The White House said that President Obama has made it clear that achieving a peaceful resolution that prevents Iran from obtaining a nuclear weapon is in America’s national security interest.

The initial, six month step includes what the White House describes as “significant” limits on Iran’s nuclear program and begins to address the U.S. most urgent concerns, including Iran’s enrichment capabilities; its existing stockpiles of enriched uranium; the number and capabilities of its centrifuges; and its ability to produce weapons-grade plutonium using the Arak reactor.

It should be noted that the concessions Iran has committed to make as part of this first step will also provide the P5+1 with increased transparency and intrusive monitoring of Iran’s nuclear program. “In the past, the concern has been expressed that Iran will use negotiations to buy time to advance their program,” the White House says. “Taken together, these first step measures will help prevent Iran from using the cover of negotiations to continue advancing its nuclear program as we seek to negotiate a long-term, comprehensive solution that addresses all of the international community’s concerns.”...


Read the rest of this, here.

From Breitbart, comes this from international law expert Alan Dershowitz:


Dershowitz: Iran Deal Could Be a 'Chamberlain Moment'

Harvard professor and noted civil rights and international law expert Alan Dershowitz criticized the nuclear deal with Iran sharply on Sunday, saying that it "could become a Chamberlain moment" for President Barack Obama.

"I don't think that this deal was motivated by any anti-Israel sentiment," Dershowitz told Breitbart News. "I think that both President Obama and Secretary of State Kerry believe that the deal is in the best interest of the U.S. and Israel. But I think they're dead wrong. [Emphasis mine]

"When you do a risk-benefit analysis, the possibility that this will actually result in ending Iran's nuclear weapons program is probably in the range of 10%, and the risk that it will increase their likelihood of moving quickly toward developing a nuclear weapon is in the 20% to 30% range. The rest is uncertainty.

"I think it was a very bad example of negotiating from weakness rather than strength. The U.S. had Iran where we wanted them, in a much weakened position. And instead of continuing the pressure we sent three messages. 1. Sanctions are over. We are going to eliminate some now--it's only a few billion dollars' worth, but we are going to send a message to China and others that have been dying to so business with Iran that it's OK. And we will never get them back to that point of pressure. 2. I think we effectively took the military option off the table and made it much more difficult for Israel to pursue a military option in the next several months. 3. We gave them a yellow light, at least, if not quite a green one, as to continuing onto certain aspects of developing nuclear weapons--triggering devices and material that could be easily transposed to military use. ...

NOW, more than ever: PAY ATTENTION!