Apparently some people who live within the shadow of the WTC - site of the worst terrorist attack on American soil - have forgotten 9/11.  Read on from the New York Post: 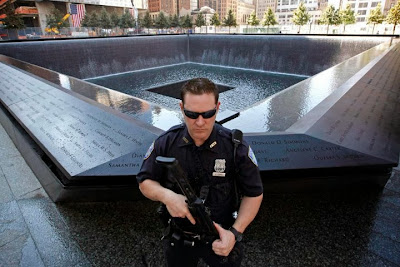 A group of residents and business owners said Wednesday that they’ll sue the NYPD over its plan to protect the World Trade Center, saying it “would be like putting a ‘Berlin Wall’ around the immediate area.”