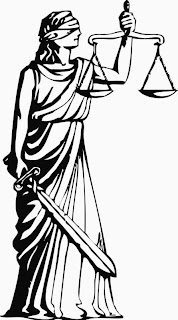 Remember GITMO?  The holiday camp, where the accused in the 9/11 atrocity have EVERY whim satisfied?

While KSM et al continue to 'suffer' such horrible conditions,   the President of the United States continues to release residents.  The pre-trial motions are crawling along, and this week, the Military Commission is in session as the actual trial date seems so far away:

On 15th December Chief Prosecutor Mark Martins made a public statement.  An excerpt:

[...] To those family members and injured survivors who have made the trip to Guantanamo to witness the proceedings this week, we appreciate your abiding commitment to seeing justice under law achieved, however long it takes, and we admire your grace and dignity in the continued wake of such devastating losses.

Determined to pursue that justice, we begin the next series of pre-trial sessions in the case of Khalid Shaikh Mohammad, Walid Muhammad Salih Mubarak Bin ‘Attash, Ramzi Binalshibh, Ali Abdul Aziz Ali, and Mustafa Ahmed Adam al Hawsawi. These Accused stand charged with serious violations of the law of war for their alleged role in the attacks. I emphasize that the charges are only allegations, and the Accused are presumed innocent unless and until proven guilty beyond a reasonable doubt.

The Military Judge’s order providing the sequence of motions he intends to consider this
week, time permitting, is available on the military commissions’ website. It is Appellate Exhibit 250. The parties’ filings for these motions, and the transcripts from prior proceedings, are also available on the website to aid the public in its assessment of the issues litigated during these pre-trial sessions without members present. We again are providing DVDs with all of the pleadings, as well as other source materials, for still greater ease of access to these documents.

Between actual sessions in court, the parties continue to accomplish significant, albeit
less visible, work. Here are just a few examples:

• The government has provided approximately 251,000 pages of unclassified discovery
to defense counsel for each Accused so the Accused may meaningfully confront the
charges against them. This material includes information comprising the
prosecution’s case against the Accused, as well as information the prosecution must
disclose to the defense under the government’s affirmative discovery obligations.
• The parties have briefed in writing 135 substantive motions and have orally argued
some 36 substantive motions in previous pre-trial sessions.
• Of the 135 substantive motions briefed, 8 have been mooted, dismissed, or
withdrawn; 74 have been ruled on by the Judge; and an additional 30 have been
submitted for and are pending decision.

• The Commission has now received testimony from 20 witnesses in more than 60
hours of testimony, with all witnesses subject to cross-examination, to assist it in
deciding pre-trial motions.

• The parties have filed 161 exhibits and 76 declarations alleging facts and providing
references to inform the Commission’s consideration of the issues.

As these numbers show, despite the complexity of this case and some mistaken
characterizations to the contrary, this Commission is moving slowly but methodically toward trial. During the last pre-trial sessions in October, the Commission heard oral argument on a government motion for a trial scheduling order (AE 175). It is also worth noting that even as this case continues to move methodically, so too does the military commission trial of Abd Al-Rahim Hussayn Muhammad Al Nashiri. As you may know, the Judge issued an order in that case calling for seating a jury panel next summer and trial on the merits beginning next September.

United States v. Al Nashiri, AE 045H. I recommend that interested observers review the order, as well as the Judge’s recent order denying a defense motion to delay the scheduled February and April 2014 sessions, and instead granting a government motion to schedule an additional week of sessions during those two months. Al Nashiri, AE 175E.

On the docket for this week’s pre-trial sessions are long-pending defense motions
alleging that the Commission has been unlawfully influenced by senior officials (AE 008), that the death penalty charges before it were defectively referred by the convening authority who did so (AE 031), and that the Commission lacks jurisdiction over those charges under the law of war (AE 107 & AE 120). The prosecution comprehensively opposes the former two motions while significantly differing with the claims and request for relief by defense in the third. With the matters now fully briefed and all appropriate related discovery provided and witnesses examined in support of those motions, what remains is oral argument and submission for decision by the Judge.

In closing, I’ll note that on this day twelve years ago, U.S troops, along with our Afghan allies, were in the midst of a fierce combined arms encounter with a sizeable al Qaeda force in Tora Bora, a hideout nestled in the mountains of Afghanistan’s Nangarhar province. On December 15, 2001, members of al Qaeda’s senior leadership were doing all they could to evade capture by our conventional military armed forces.

The September 11th attacks, and the ensuing combat engagements in Afghanistan, made clear that we and peaceful peoples around the globe were threatened by an irregular, organized network that had set out to wage a “war” from sanctuaries that lay across national boundaries and in forbidding terrain. All lawful instruments of state power and international cooperation needed to be mobilized to oppose this serious and adaptive threat, and these instruments included, in the case of Tora Bora, allied military forces in the field.

Today, despite recent successes against al Qaeda and associated forces, all lawful instruments must remain available for employment, and these include law enforcement, diplomacy, and economic measures, as well as intelligence and military means when necessary. Reformed military commissions—which today are the sole lawful forum by which individuals detained here and established to be members of al Qaeda can be placed on trial for alleged crimes—have a narrow but important role in this critical effort.

For their daily support to holding these commissions, I commend the daily professionalism of the Soldiers, Sailors, Airmen, Marines, and Coast Guardsmen of Joint Task Force Guantanamo.


Over the past few years, I have often heard expressed the fear that we will never see justice for the murders of 9/11.  As the Military Commission drags on and on, I hold fast to my faith in the American justice system, although I am also on the record as stating that I do not see this justice meted out under the current US administration.

I continue to believe in the mandate of the Military Commission whose main website says:


Although we cannot all be in GITMO to witness justice first-hand, the Military Commission site does a great job of informing us of the ongoing proceedings.

All of us need to pay attention to what is going on in GITMO.

We must NEVER forget.