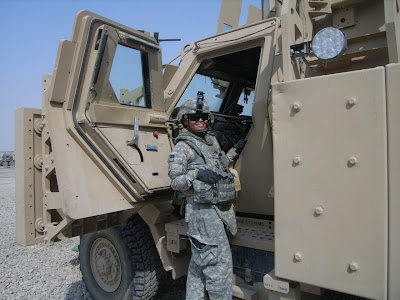 MAYSAN PROVINCE, Iraq (Nov. 9, 2010) -- For many years, the United States Army has been a melting pot of Soldiers from different cultures, races and religions, all joining for reasons as different as their backgrounds.

The 3/4 AAB is currently attached to the 1st Infantry Division as a part of United States Division-South.

A member of the Navajo tribe from Chinle, Ariz., Teddy Draper Sr. served in the U.S. Marine Corps more than 60 years ago, using the Navajo language, or Diné Ke'Ji, to transmit coded messages as a code talker.

Code talkers were the Native Americans who served in the Marines from World War I to Vietnam. Used to transmit coded messages over radio and telephone, the languages they spoke were unwritten and undecipherable by the enemy.

For more, go here. And then take a look at the Navajo Code Talkers Dictionary here. 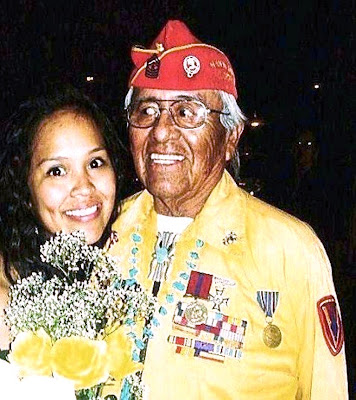