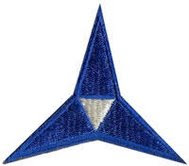 DALLAS – A senior military official has recommended that an Army psychiatrist should stand trial and face the death penalty for last year's deadly Fort Hood shootings.

I really don't have anything to add here, except: Let justice be done! Bring it on.

Email ThisBlogThis!Share to TwitterShare to FacebookShare to Pinterest
Labels: Hasan to stand trial and death penalty

Forget the trial, hang the Sweet Old Boy right away!