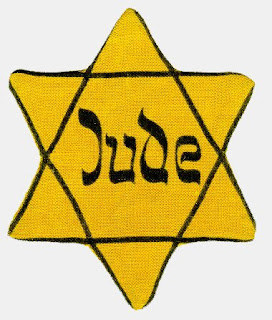 In the last 40 years the world has seen a steady rise of Anti-Semitism. This rise coincides with the rise of Muslim immigration to European nations, Canada and the United States. This is not a coincidence. Anti-Semitism is not only rampant but is public policy in every Muslim nation in the world.

The Ottawa Protocol is an effort to combat it.

We, Representatives of our respective Parliaments from across the world, convening in Ottawa for the second Conference and Summit of the Inter-parliamentary Coalition for Combating Antisemitism, note and reaffirm the London Declaration on Combating Antisemitism as a template document for the fight against antisemitism.

We are concerned that, since the London Conference in February 2009, there continues to be a dramatic increase in recorded antisemitic hate crimes and attacks targeting Jewish persons and property, and Jewish religious, educational and communal institutions.

We remain alarmed by ongoing state-sanctioned genocidal antisemitism and related extremist ideologies. If antisemitism is the most enduring of hatreds, and genocide is the most horrific of crimes, then the convergence of the genocidal intent embodied in antisemitic ideology is the most toxic of combinations.
We are appalled by the resurgence of the classic anti-Jewish libels, including:
We are alarmed by the explosion of antisemitism and hate on the Internet, a medium crucial for the promotion and protection of freedom of expression, freedom of information, and the participation of civil society.

We are concerned over the failure of most OSCE participating states to fully implement provisions of the 2004 Berlin Declaration, including the commitment to:...

To read more, go here. I must admit, I had not heard of this, so went looking and found this:

Stepped-up efforts within Canada and around the world are needed to combat rising anti-Semitism, says an international declaration designed to stamp out the "most enduring of all hatreds."

The declaration, known as the Ottawa Protocol, was released yesterday after a two-day meeting of parliamentarians and experts from about four dozen countries in Ottawa.

"We are alarmed by the explosion of anti-Semitism and hate on the Internet, a medium crucial for the promotion and protection of freedom of expression, freedom of information and the participation of a civil society," the declaration says.

Irwin Cotler, chairman of the international coalition and a noted human rights activist, told a news conference the protocol breaks new ground. For the first time, it provides detailed definitions of what constitutes anti-Semitism and puts in writing what the group sees as the distinction between anti-Semitism and legitimate criticism of the state of Israel, the Liberal MP said.

"Let it be clear: Criticism of Israel is not anti-Semitic, and saying so is wrong," the protocol says.

"But singling Israel out for selective condemnation and opprobrium -- let alone denying its right to exist or seeking is destruction -- is discriminatory and hateful, and not saying so is dishonest."

The Ottawa Protocol builds on one crafted in London in February 2009 at the founding conference of the Inter-parliamentary Coalition for Combating Anti-Semitism.

Immigration Minister Jason Kenney, who attended the London Conference, said the Ottawa meeting, which attracted hundreds of participants, proves the 2009 gathering was not a one-off.

"We determined [in London] this had to be an ongoing enterprise, that we could not simply meet, have a conference, disperse and go back to business as usual," Mr. Kenney told the conference.

He said the Conservative government is committed to leading the fight through education programs and better record keeping by police of hate crimes.

Reports of anti-Semitic incidents have been increasing worldwide and within Canada, where B'nai Brith reported a total of 1,264 incidents in 2009, the highest number since the group began its annual audit 28 years ago...

Email ThisBlogThis!Share to TwitterShare to FacebookShare to Pinterest
Labels: Ottawa Protocol on Anti-Semitism