In March 2006, Canadian Captain Trevor Greene was severely injured while attending a shura in Gumbad, Afghanistan. Sitting with village elders, with his helmet off as a mark of respect, Greene was attacked and his head split wide open by an axe wielded by a terrorist.. 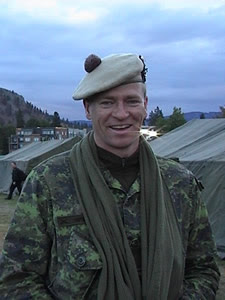 
Transported initially to Landstuhl, Germany, Greene was eventually taken home to Canada, and there began his grueling, amazing road to recovery.


Today, via Canadian Veterans Advocacy group comes the latest update about this amazing man and his family:

How Capt. Trevor Greene came back from an Afghan axe to the head 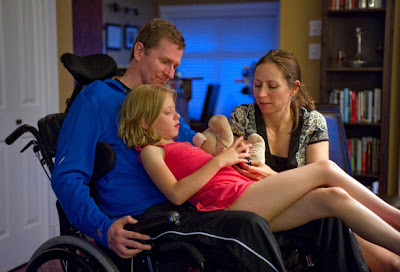 Here on Vancouver Island, the country’s best-known war casualty is just steps away from being his old self, after 64 at times hellish months of surgery and therapy.

And those steps — to walk again is the ultimate goal in an odds-defying recovery from his devastating 2006 axe attack — Greene, 46, now describes with certainty.

“I’m going after it. I’ll walk. I’m positive.” The statement is persuasive, given how hours earlier he rose to his feet repeatedly during an iron-pumping session in his home gym on the outskirts of Nanaimo.

But as he rewrites conventional medical wisdom, awakening his body, limb by limb, movement by movement, Greene is now thinking beyond simply walking. He’s looking to pick up where he left off in Afghanistan. Not as a soldier, but as a humanitarian.

A charitable foundation aimed at the education of Afghan girls is what Greene and his equally dedicated wife, Debbie, have in mind. And it is far from an idle notion...

'Awesome' and 'inspirational' are much over-used words these days. Captain Trevor Greene AND his family are both awesome and inspirational in the purest of meanings..

There is much more to this story of courage and determination in the face of overwhelming odds. Go here to read it all.
Posted by The Brat at 3:33 AM