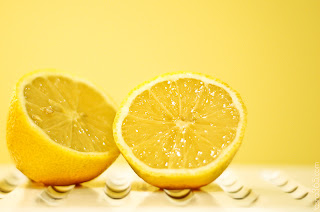 Only in America? From my inbox comes this story from Midway, Georgia of a police department closing down a kids' lemonade stand because they "didn't know how the lemonade was made, who made it or what was in it." And oh yes: the kids didn't have a business licence!

Three young girls showed the American entrepreneurial spirit and were selling lemonade to earn their own money to go to their local water park. Take a look:

Police in Midway have shut down a lemonade stand run by three girls trying to save up for a trip to a water park, saying they didn't have a business license or the required permits.

Midway Police Chief Kelly Morningstar says police also didn't know how the lemonade was made, who made it or what was in it.

The girls had been operating for one day when Morningstar and another officer cruised by.

The girls needed a business license, peddler's permit and food permit to operate, even on residential property....

The rest of the story here.

My regular readers don't need me to tell them what is so wrong with this story, but apparently Midway police need to hear how asinine their actions - over-reactions - were. At a time when all of America is feeling the financial pinch; at a time when *some* Americans in high places seem lacking in financial acumen, and prove how clueless they are in managing the country's finances, we see this absurdity. Seems to me the initiative of these young girls should be applauded, rather than slapped down. In America, now more than ever, showing initiative, rather than looking for money for no effort should be encouraged, not shut down.

So your Monday mission? Pick up your phone - or email - and share with the Midway authorities how you would make lemonade out of lemons...


Want to give your viewpoint to the Midway Police Chief Kelli Morningstar, Mayor Dr. Clemontine Washington? One call, that's all - light up the switchboard: Phone: (912) 884.3344.

Email if you prefer: info@historicmidway.com. But I think emails are too easily dumped and deleted if someone wants to eliminate the "noise".

As the sender of this email to me says:

He is with the law firm of Jones Osteen & Jones in Hinesville GA - which oddly enough is the home of FT Stewart GA where many brave soldiers have deployed from to go and fight and die for our freedom of us all, including three little girls in Midway GA who just wanted to run a side of the road lemonade stand in an early experience of free market capitalism and hopefully earn a little money to pay their own way into a water park rather than just bug their parents for the money.

This Monday, you get the chance to remind this local police department of some of the values that make small town America great.

Am sure I don't need to tell you all to be 'polite'. It IS the American way, after all. Really, it is!