The end of an era: RAF Hercules fleet moves to Brize Norton 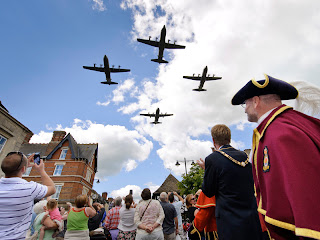 Locals gather to mark the departure of the last of the Hercules Force from RAF Lyneham
[Picture: Paul Crouch, Crown Copyright/MOD 2011]

On Friday, 1 July 2011, the last of RAF Lyneham's Hercules fleet said a final farewell to the base as they flew in a low-level formation across the skies to their new home at RAF Brize Norton.

"This is our last opportunity to say thank you and pay tribute to the people of Wiltshire for all the support they have given to the station over the past 70 years.

"It is with a heavy heart that I bid farewell to the Hercules Force, a sentiment which I know echoes throughout the Wiltshire community.

"The Hercules Force will now take a piece of our unique and proud history to RAF Brize Norton where I know they will be most welcome and I am in no doubt that it will flourish and continue to build on our proud heritage for many years to come." 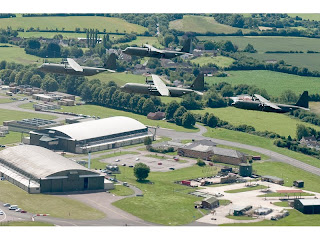