Award winning Gurkha back on the frontline in Helmand

A Gurkha soldier who received a Mention in Dispatches (MID) for bravely holding off an insurgent ambush on an Afghan National Police patrol two years ago, is now back in Helmand once again working alongside the ANP. 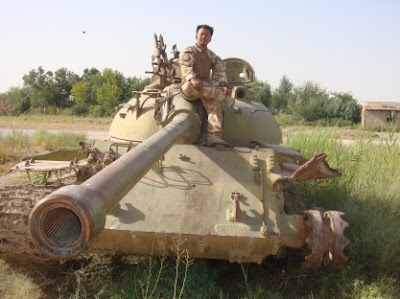 Corporal Tilak, 2nd Battalion The Royal Gurkha Rifles (2RGR) deployed to Afghanistan in the summer of 2009 for Operation HERRICK 10. As a member of the Police Mentoring Team, he fought alongside the Afghan patrolmen against insurgents in the Nad-e Ali district.

One May morning, Cpl Tilak’s team were moving along a canal in Chan Anjir when they were ambushed by 10 insurgents who emerged from a compound just 60 metres away.

For 15 minutes, he fought off the insurgents, suppressing their fire and attempted attack until they eventually gave up and fled. His actions that day earned him a MID. 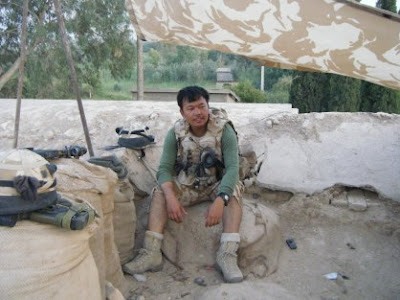 Two years later, Cpl Tilak is back in Helmand and working as part of the Police Advisory Team based near Babaji in the Nahr-e Saraj (NES) district which is just to the east of Chan Anjir.

When he arrived in theatre in April, the AUP quickly recognised the famous ‘Cpl Chan Anjir’ who had helped them at their time of need.

The name has stuck and whenever Cpl Tilak visits the Checkpoints which have been handed over to AUP control, there are cheers from those inside who welcome him in and start sharing stories....

Much more - with pictures - here