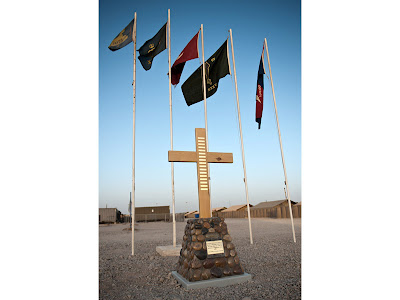 
A History and Honour news article

A new memorial to the fallen gunners of the Royal Artillery was dedicated at Camp Bastion, Afghanistan, last week.

During the ceremony, Lieutenant Colonel Richard Smith, Commanding Officer of 29 Commando Regiment, read aloud the names of the seventeen Royal Artillery gunners who have lost their lives in Afghanistan; six of whom were from his own regiment.

"The battle groups had their own memorials, but there was never one place that collected together all the members of the Royal Artillery who have fallen during the campaign here, so it was right and proper to bring them together in a single place," said Lt Col Smith. 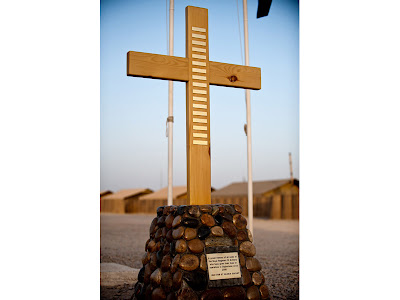