This is so utterly heartbreaking. He was one of the best of "our crowd;" a writer who made you think, and who cared about words, ideas, and what they meant for national defense. He also lived what he loved, training new generations of pilots to take control of the skies when fighting adversaries. Yesterday one of our most respected military voices, Carroll LeFon - known to most as Neptunus Lex - seemed to be giving us all a heads-up when he wrote these words about a rough landing after a mission.

I supposed it had to happen eventually, everybody has one in time. And I had mine yesterday....It’s funny how quickly you can go from “comfort zone” to “wrestling snakes” in this business. But even snake wrestling beats life in the cube, for me at least. In measured doses. [cont] 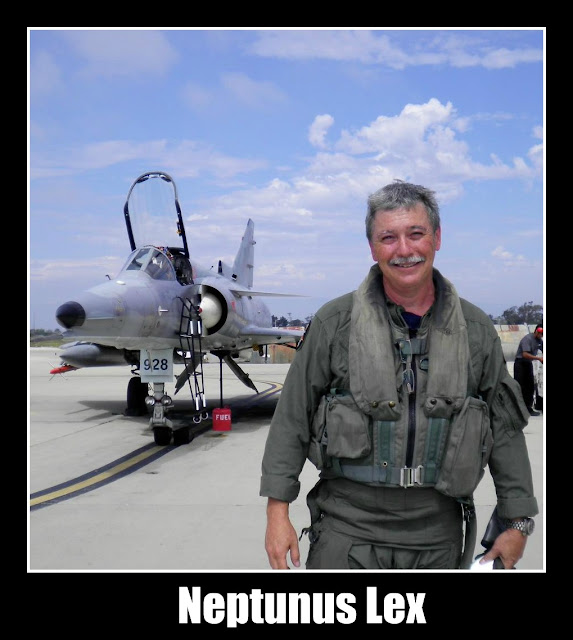 Susan also has details on the wake, here.
Posted by The Brat at 9:42 AM