Some Gave All: Captain Rupert Bowers

It is with sadness that the Ministry of Defence must confirm that Captain Rupert William Michael Bowers was killed in Afghanistan on 21 March 2012. 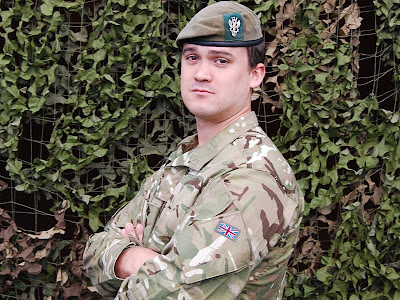 Captain Bowers commanded a small team responsible for the training and development of the Afghan National Army based in Forward Operating Base Ouellette, in the Mirmandab region of Nahr-e Saraj district in Helmand province.

On 21 March 2012, Captain Bowers was leading a patrol to clear a position from the threat of insurgents when he was killed by the explosion from an improvised explosive device.

Captain Rupert Bowers was born on 29 July 1987 in Wolverhampton, and after studying at The Old Swinford Hospital and the Royal Military Academy Sandhurst, he commissioned into 1st Battalion The Worcestershire and Sherwood Foresters Regiment in April 2007.

After successfully passing the Platoon Commanders' Battle Course in Brecon he joined his regiment in Afghanistan in 2007 where his actions during a complex insurgent ambush resulted in him being ‘Mentioned in Dispatches'. Upon return from Afghanistan he deployed on exercises in Jamaica and later to Kenya, as a Fire Support Group Commander after qualifying as a Machine Gun Specialist.

He leaves behind his beloved wife, Victoria, and his newly-born son, Hugo, as well as parents, Patrick and Jane, and sister, Juliet. The thoughts and prayers of the British Army are with Captain Bowers' family at this very difficult time.

"Captain Rupert Bowers joined his battalion in Garmsir, Afghanistan in 2007 during Op HERRICK 6. A gifted officer, he excelled in the field and was happiest when leading men in battle. Possessing the heart of a lion, he was Mentioned in Dispatches for gallantry on this, his first of three tours of duty. Returning to Helmand for a second time in 2009, he served as a member of A (Grenadier) Company, 2 MERCIAN, under command of the Light Dragoons Battle Group during Operation HERRICK 10.

"Already proven in battle, he continued to lead from the front and was wounded in action. During Operation HERRICK 15, he was a natural choice to lead an advisor team embedded within an Afghan National Army Tolay (Company) operating in an area in the north of Nahr-e Saraj, heavily contested by insurgents. Although officially attached to the Brigade Advisory Group, he spent his entire tour attached to 2 MERCIAN and was among his closest friends and comrades right to the end. The bravest of the brave, he died as he lived, leading from the front in the face of the enemy.

"Full of character, Rupert was fun to be around all the time and I enjoyed his company very much. We talked for hours about his love of piano music and he always made me feel happy because he was such a sincere and fun-loving person. His brother officers loved him dearly and we will remember him for his infectious smile and wicked sense of humour.

"Married to his beloved Vicky, their son, Hugo, was born while Rupert was home on leave in February 2012. I know he was looking forward to rejoining his family later this month when his tour was due to finish. As well as Vicky and Hugo, our thoughts and prayers also go out to his father, Patrick, mother, Jane, and sister, Juliet. Rest easy brother, your duty is done. You will live in our hearts forever and we will never forget you."..