Al-Awlaki from beyond the grave urges chemical attacks on US

In a 5-page article published in al Qaeda in Yemen’s English-language magazine, Anwar al-Awlaki, the U.S.-born jihadist who was killed last September by a missile launched from a CIA-operated drone, writes that the use of poisons of chemical and biological weapons against U.S. population centers is allowed and strongly recommended “due to the effect on the enemy” 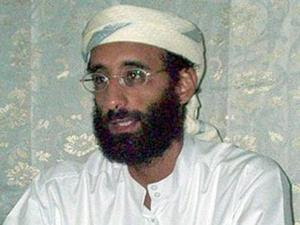 Inspire has just published its ninth issue. It contains a 5-page article which al-Awlaki wrote before he was killed. CNN reports that in the article, titled “Targeting the Populations of Countries at War With Muslims,” al-Awlaki justifies the killing of women and children and the use of chemical and biological weapons in addition to bombings and gun attacks. ... [emphasis mine]

Are YOU paying attention?
Posted by The Brat at 5:08 AM