One of the lessons I learned early on in my Milblogging 'apprenticeship' at Tanker Bros was that some readers resort to personal attacks when they disagree with what I write. Mostly the attacks are verbal - and yes, I DO have quite the file of those - and I dismiss them as I refuse to print them for public view. Occasionally, such moronic diatribes go beyond verbal and threaten physical violence. Yes, I do know about those too. Something about free speech for them but not for me. Funny how that works.

Today, blogs across the internet are standing in solidarity with a blogger who has been threatened beyond the point of casual dismissal, and to the point of dangerous. So today I am participating in an organised "Blogburst".

From Wake Up America comes this:

Friday, May 25, We Will Join The 'Everybody Blog About Brett Kimberlin Day' 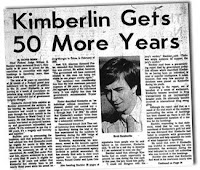 Yesterday many of us became aware of a convicted terrorist, the Speedway Bomber, Brett Kimberlin, who has been terrorizing bloggers for daring to report the facts, some to the point where Kimberlin abusing the court system to file over 100 lawsuits, others forced to leave their home for fear of their family's lives.

My update from yesterdays piece explains what conservative bloggers are doing on May 25, 2012, this Friday:

Michelle Malkin (thanks for link by the way) explains what this type of coordinated messaging used to be called:

For those of you who are old fogies in the blogosphere, you’ll remember the “blogburst” concept — hundreds of bloggers of all sizes getting together to push an idea or action item. In this case, a blogburst would raise the cost of the online terrorists’ speech-squelching business immensely. It’s a collective show of support and force.

This whole travesty has been largely ignored by many and major media outlets have not done their due diligence in reporting it so others, such as myself, were not even aware of this man nor his threats, abuses or harassment of our fellow bloggers, victims of his crimes or anyone he considered his "enemy."

That has now changed as awareness has been raised.
Malkin has a list of those reporting this.
FilmLadd has a list.
The Conservatory has a list.

Lee Stranahan, who has came up with the idea of the "Everybody Blog About Brett Kimberlin Day" has given open permission on his post to repost his piece:

Here’s a short, easy to follow video I put together on Kimberlin:...

She has much more, and I urge you to go read it, and follow all the links she has, here.

Laughing Wolf at BlackFive is his usual succinct self here:

There is no one at this blog who has not sworn to defend the Constitution against all enemies, foreign or domestic. Several have literally provided blood, sweat, and tears to that oath, and to protect rights inlcuding the right to free speech. Several here have been threatened and/or dealt with security issues related to upholding that oath and participation at this site.

Today, several bloggers face threats, threats that have caused them to take security measures up to and including moving to keep their families safe. You need to learn about Brett Kemberlin, what he was convicted of doing, what is being done, and who is funding it. The best places to start are at Michelle Malkin, Instapundit, Ace, Day-by-Day, and Jawa.

Team Blackfive stands in solidarity with them, and is glad to join the blogburst to shine some light where it is clearly needed. Free speech is never truly free -- it is only free because good people stand up no matter the threat to make it so. Team Blackfive stands, do you?

Go over there and read the comments, join the conversation.

The Other McCain that is the subject of the latest, ongoing campaign to silence free speech, to intimidate a blogger against sharing the TRUTHS that are on the public record? 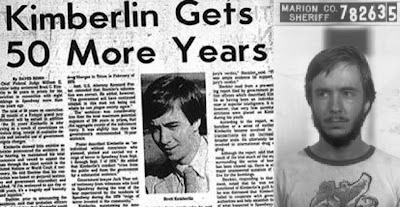 FROM AN UNDISCLOSED LOCATION
Law enforcement officials have been made aware that convicted terrorist Brett Kimberlin appears to be engaged in an attempt to intimidate me into being silent about his sordid criminal history.

Appropriate precautions have been taken to ensure the safety of my family and others who might be endangered if Kimberlin resorts to violence to accomplish his malicious purposes. At the urging of concerned friends, we have vacated our former residence and I am now blogging from a secret location which Kimberlin will be unable to discover or reach. Nevertheless, we sincerely ask for intercessory prayer, that God will send angels to guard us in this grave crisis....

It is indeed a grave crisis when a blogger has to go into hiding, and over the years he is not the first that I have been aware of. Bottom line is, none of us can allow a blogger to be browbeaten into silence, even if we might disagree with what they say.

Remember this? : When they came for me, there was no-one left to speak.

If defenders of free speech allow this kind of threatening intimidation to succeed in silencing any ONE of us, we are all in grave danger of losing our rights to freedom of speech.

Free speech is never truly free -- it is only free because good people stand up no matter the threat to make it so. Team Blackfive stands, do you?

My answer is Yes! I stand.. What is YOUR answer?

Check out War On Terror News' insights on this convicted felon. Go over to This Ain't Hell and The Blaze also.

Nice Deb talks about the silence ( she calls it malpractice, and I agree) from the msm on this important story.

One of my personal favourite posts about this terrorist? The Streetsweeper Chronicles. Check it out.
Posted by The Brat at 3:36 AM

Awesome piece brat... thank you for spreading the word on this.