Security services raised the possibility that al Qaeda affiliates may decide to mark the anniversary of the killing of Osama Bin Laden by sending suicide bombers with explosives inside their bodies to bring down airplanes; these experts point to an August 2009 attempt by a suicide body-bomber on a Saudi prince, and to the fact that U.S. drones earlier this year killed a Yemeni doctor who had devised medical procedures which could be used surgically to plant explosive devices in humans 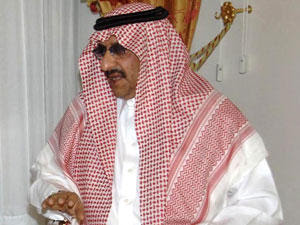 In August 2009, a 23-year old suicide bomber named Abdullah Hassan Tali’ al-Asiri was sent on a first-of-its kind suicide mission: his older brother, Ibrahim Hassan al-Asiri, the chief bomb maker of al Qaeda in the Arabian Peninsula (AQAP), al Qaeda’s Yemeni affiliate, placed explosives inside his younger brother’s rectal cavity, then sent him to meet with Prince Mohammed bin Nayef, who was in charge of the Saudi government’s antiterrorist campaign.

The two al-Asiri brothers were known to the Saudi intelligence services as members of AQAP, and the younger al-Asiri used that fact to gain access to the prince: he turned himself in to Saudi authorities, but insisted that he had information about terror plot which he willing to share only with Prince bin Nayef. The Saudies bought his story, and took him to a meeting with the prince.

I wrote about this development last year, so this is not new, but go read the rest of this specific incident - which I had not heard of - here.