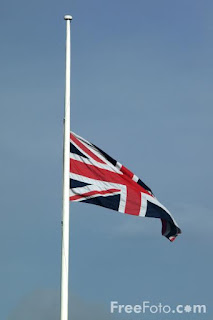 It is with sadness that the Ministry of Defence must confirm that Captain Stephen James Healey, from 1st Battalion The Royal Welsh, was killed in Afghanistan yesterday, Saturday 26 May 2012. 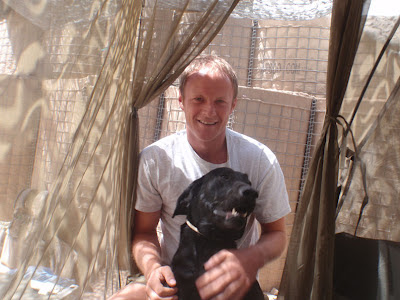 Captain Healey commanded the Combined Force Burma reconnaissance platoon and, whilst conducting a vehicle patrol in the north of the Nahr-e Saraj district of Helmand province, his vehicle struck an improvised explosive device. He was given immediate first aid before being flown to the military hospital at Camp Bastion where, sadly, his death was confirmed.

Captain Stephen James Healey
Captain Healey was born on 19 September 1982 in Cardiff. On leaving school he became a semi-professional footballer; playing for a number of clubs in the South Wales area including an apprenticeship with Swansea City. He continued to play whilst completing a degree in Sports Science at Swansea University. He joined the Army in 2007 and was commissioned into the 1st Battalion The Royal Welsh in 2008.

In 2009 he was awarded a Mention in Dispatches for his actions on Op HERRICK 11 as the Officer Commanding 4 Platoon, B Company. In 2011 he was selected to command the reconnaissance platoon and led their Op HERRICK 16 deployment. He deployed to Afghanistan on 9 March 2012, where he took over responsibility at Checkpoint Langar as part of Combined Force Burma.


"Stephen was all you could wish for in a son, brother, uncle and friend. He will be sadly missed by us all. He managed to do more in his 30 years than most people do in a lifetime."

His girlfriend, Thea, paid her own tribute:

"Stephen will always be in my heart. I will miss him so much, he was my love, my life and my everything. Now he rests in peace, he was living the life he wanted to do with his men."

"Captain Stephen Healey will be remembered by the officers and soldiers of 1st Battalion The Royal Welsh as one of the most charismatic and professional leaders any of us will have had the privilege of serving with.

"He was a brilliant Army Officer and a truly outstanding individual. As the Recce Platoon Commander he cared deeply for his soldiers and they, in return, loved and respected him. And it was very easy to respect him. He had a calm, assured nature, an understated charm and the sort of personality that made it so easy to warm to him so very quickly - quick-witted and sharp his personality lightened any conversation.

"Steve combined this natural leadership with a professionalism that was second to none. Tactically astute, clear-thinking and tremendously brave he was an excellent Platoon Commander. Already awarded a Mention in Despatches for his bravery on Op HERRICK 11, he was deeply committed to his role here on Op HERRICK 16 and he relished the challenge of bringing the best out of those around him, something he excelled at because he led from the front in everything that he did.

"But Steve will be equally missed for the enormous contribution to wider Battalion life. In the Officers' Mess he was at the heart of everything good and in addition to being an outstanding footballer (he joined the Army after a career as a professional) he was a gifted athlete, excelling at almost any sport he turned his hand to....

Much more in the words who know and love this Fallen Hero the most. Go here and pause and honour him.