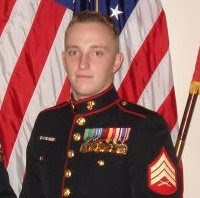 Pansini, from Littleton, joined the Marines 5th Air Naval Gunfire Liaison Company (ANGLICO) after he finished high school in 2005. After three years in Okinawa and tours in Iraq in 2008 and 2009, he was ready to return to civilian life.

He got a job, a girlfriend and dog, and filled his spare time by riding his mountain bike and putting together two hot rod cars. Nick’s father, Joe Pansini, thought his son had moved on from his war experiences, and was keeping busy.

He learned later that there was one thing Nick was not doing.

“At what point did he deal with his war experience? He did not,” Joe said on Saturday.

Nick Pansini shot himself in his own home in Littleton on July 22, 2010. He was 23 years old and had been out of the Marines for about a year.

“There was not the magical note that was left behind,” Pansini’s father recalled. Not having served in the military, he had no idea what his son was going through, he said.... 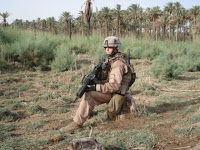