There is clearly a disconnect from our government...[...] The moral [...] is that the government needs to become - must be - pro-active for First Responders. Laws specific to 9/11 have been written that would support the First Responders and their families. [...] If the government was really committed to the First Responders, they would be implementing these laws for any future event as well. The Victims Compensation Bill was only valid - could only be drawn against - for two years after 9/11.

We have lost many First Responders who survived 9/11, who have since died horrible deaths because of all the terrible toxins - and experiences - they were exposed to that day. As I wrote in March 2011, about Lt. Randy Wiebicke, and Harold J Smith:

It seems every week we lose more of the heroes from 9/11. We don't always get to hear of these heroes passing,...

And that is the facts. I also wrote about John McNamara, a 9/11 Firefighter, and Roy Chelsen, Firefighter. These men are but a few of the many who have fought hard, but have ultimately succumbed to the diseases/after effects of that terrible day. As recently as last November, some estimates said that we have lost almost 1,000 Ground Zero Responders, and Search and Rescue/Recovery personnel, as a direct result of their involvement in 9/11.

For ten years, First Responders and their families have had to fight the politicians and the bureaucracies every single step to ensure that the illnesses and diseases they contracted are properly recognised, adequately addressed and compensated for.

Back in March 2010, when the msm was full of the latest 'offer' to be presented to the First Responders, I wrote a column called: 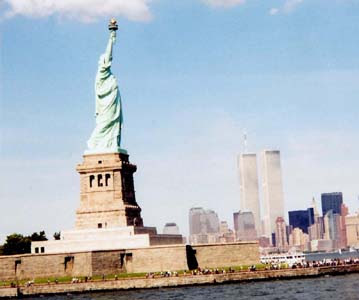 EPA Administrator Christine Todd Whitman and John Henshaw, US Department of Labor Assistant Secretary for OSHA, announce that their two agencies “have found no evidence of any significant public health hazard to residents, visitors or workers beyond the immediate World Trade Center area.” [emphasis mine]But later in the statement, they acknowledge that to date, “Of 177 bulk dust and debris samples collected by EPA and OSHA and analyzed for asbestos, 48 had levels over 1 percent, the level EPA and OSHA use to define asbestos-containing material.” Additionally, they say that out “of a total of 442 air samples EPA has taken at Ground Zero and in the immediate area, only 27 had levels of asbestos above the standard EPA uses to determine if children can re-enter a school after asbestos has been removed….” [Environmental Protection Agency, 10/3/2001] (here)

In that column I introduced more than a few other First Responders, and search and rescue and recovery workers, one was Retired New York City Police Det. Sgt. Gary White, who "retired after 23 years on the job, White has cancer, suffered two strokes, has a range of neurological problems and a host of other ailments including sleep apnea.

He also suffered from post traumatic stress disorder so profound that at one point he didn't leave his home for three weeks, hanging dark sheets over the windows to keep the world away..."

Then there was Retired detective Al Schille:

[...] of Great Kills who was first routed to St. Vincent's and Beekman hospitals to await the arrival of survivors of the Twin Towers who never came.

He then made his way to Ground Zero with a colleague to search for the man's firefighter son who was never found.

In the weeks that followed, Schille spent 300 hours at Fresh Kills, "sifting through ash that big dump trucks would dump. We went through it with rakes, shovels, our hands, going through it, looking for anything, pieces of flesh, fragments of bone."

He developed chronic back pain and then cancer. Despite near-debilitating treatments, "I wanted to go back to work," said Schille, who finally retired in 2007. "But my bones are too compromised to do anything."

There are a few more 9/11 First Responder survivors featured - along with videos of interviews some First Responders gave to their last breath, as they tried to shame the politicians into doing the right thing - in my column here.

In the years since 9/11/2001, First Responders, their families and those who support their struggle for justice, have lobbied the politicians hard. One such group formed a FaceBook page called: Tell Obama to help sick and dying 9-11 responders, by Anthony Emanuele

Their mission, simply put, is to ensure that every first responder who served on 9/11, has the health care services WE OWE every single one of those heroes who selflessly ran to help their fellow Americans on that terrible day.

From the little research I have done on this, it appears that the politicians, as always, are dragging their heels, playing politics. As they do that, we lose more of our 9/11 heroes to illnesses that they would never have been exposed to if they had turned away on 9/11.

This information was included in my column here. Bill HR 847 was named James Zadroga 9/11 Health and Compensation Act of 2010, and was the culmination of years of lobbying the politicians to quit playing 'politics as usual,' and do the morally right thing by the Ground Zero Responders.

Today, FINALLY, - maybe - some small measure of justice for the First Responders and those who worked tirelessly at Ground Zero in the dark days following 9/11. Last week, from CBS News:

The fund is intended to help people who became ill after working at ground zero and others whose sicknesses can be tied to the site. Residents, workers and others can apply, including those whose claims to the first fund were denied.

"Everybody who is eligible should apply for this," said John Feal, a leading advocate for injured first responders.

The deadline for applying for help is Oct. 3, 2013, or two years from the time a person learns that a physical injury or sickness resulted from exposure to ground zero. The program will run for six years...

FiOS1 gave coverage to this, and you can see a video interview which Jack Delaney gave a local reporter here (I don't know how to download it here, so be sure to follow the link):

Pay attention to the reporting: "case by case basis..." Excuse me? Does this mean it is going to be politics as usual, and every survivor will still have to fight for compensation? And some 'conditions' are not being recognised? Excuse me?

A 'Special Master' has been appointed to oversee this latest incarnation of the VCF. From an article back in May 2011:

LOWER MANHATTAN — A legal expert with a history of working with 9/11 victims was appointed Wednesday to oversee a $2.8 billion fund that will compensate Ground Zero recovery workers who are still sick 10 years after the attacks.

Sheila Birnbaum, a lifelong New Yorker, will be "special master" of the newly created 9/11 Victim Compensation Fund, responsible for weighing the health claims of thousands of first responders and downtown residents and office workers.

She will have to make difficult decisions about which types of cancer will receive compensation and about how much a life or a limb is worth.

Attorney General Eric Holder, who appointed Birnbaum, said in a statement that he picked her because she would be "sensitive and fair." (Yes, my editorial emphasis)

"My first priority will be to sit down with the people who will be most affected by the program, and see how we can design a program that is fair, transparent and easy to navigate," Birnbaum said in a statement. "The fund needs to get up and running quickly. At the same time, I want to make sure we do it right."

John Feal, a leading 9/11 health advocate who lost part of his left foot while doing recovery work at Ground Zero, met with Birnbaum one-on-one Wednesday morning and came away impressed.

"She possesses the character and spirit of a New Yorker to handle the issues at hand," Feal told DNAinfo. "She was sincere, compassionate and very forward with me."..

Read more here.
In one of my columns referenced above, I wrote:

Fact is, the government can bandy around dollar figures, and posture for the media, all they like. News stories can write articles with words like "claimed effects of 9/11..."

Bottom line for me is this: There is NO 'claimed...' for any of those Responders/SAR heroes. It is a simple enough matter to identify who gave of themselves in the dark days following 9/11. Every last one of these heroes earned, and must be given, whatever they need to help them live their fractured lives to the best of their abilities. Forget the lawsuits, forget the political, bureaucratic bull****. Just as each of these heroes did the right thing on 9/11 and afterward, so now must the government do the right thing by them.

I don't care which level of government - any or all - is willing to take responsibility. AMERICA is collectively responsible for these patriotic Americans.

Fact: $2.8b sounds like a lot of money, but it really isn't, when divided among all those who have lived, are living, - and yes, dying - with the effects of that day.

Fact: there really IS no 'alleged' longterm health effects from 9/11. These last 10 years have produced more than enough documentation, so that it is easy enough to see the direct correlation between toxins from Ground Zero and the consequences of exposure.

Fact: Nobody who ran into the maelstrom, as others ran away, should have to jump through one more bureaucratic or political hoop to get what they so selflessly EARNED that day.

AMERICA IS collectively responsible for these patriotic Americans.

I WILL continue paying attention to this. Will you?
Posted by The Brat at 2:55 AM