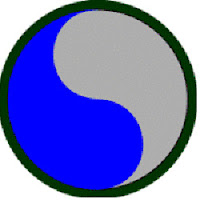 CAMP BUEHRING, Kuwait (1/10/12) -The 29th Combat Aviation Brigade, known as Task Force Normandy, had a new mission here only days after the end of the war in Iraq.

On Dec. 18, the last remaining American Soldiers departed Iraq, bringing the almost nine-year conflict to a close. Col. David W. Carey, Task Force Normandy commander, led the last combat aviation brigade in Iraq and was aboard the final helicopter to cross the border into Kuwait.

"It was a surreal feeling," said Carey. "Some of my Soldiers were in elementary school when the war started in 2003, and now we we're making history together as we end this mission and transition to our next one."

The brigade's new mission, working under U.S. Army Central Command, is to combine training and partnership-building activities with other countries in the region to develop and maintain security and stability....

Email ThisBlogThis!Share to TwitterShare to FacebookShare to Pinterest
Labels: Maryland NG off to Kuwait