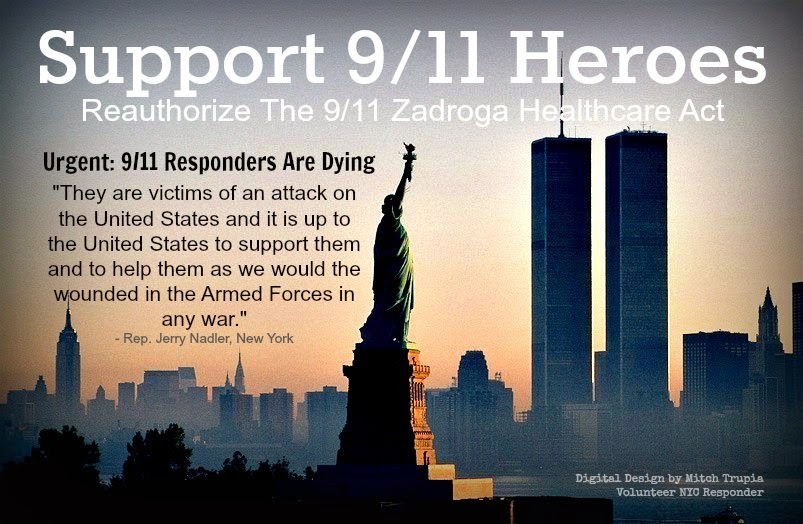 Bill HR 847 was named James Zadroga 9/11 Health and Compensation Act of 2010, and was the culmination of years of lobbying the politicians to quit playing 'politics as usual,' and do the morally right thing by the Ground Zero Responders.

Yesterday, at the World Trade Center, politicians joined their voices with those most directly sickened by 9/11, demanding that this Bill be re-authorised, and it's mandate extended.

Mayor de Blasio and politicians from both parties, including Democratic Sen. Kirsten Gillibrand, made their call Monday at the World Trade Center.

The James Zadroga bill's two programs provide medical treatment and compensation. They're set to expire in 2015 and 2016.

Gillibrand said letting the programs expire would mean the government turned its back on heroes....

Related: N.Y. politicians will push to extend 9/11 care act, but it's a tough sell

[For previous columns on this topic, use the search block above.]