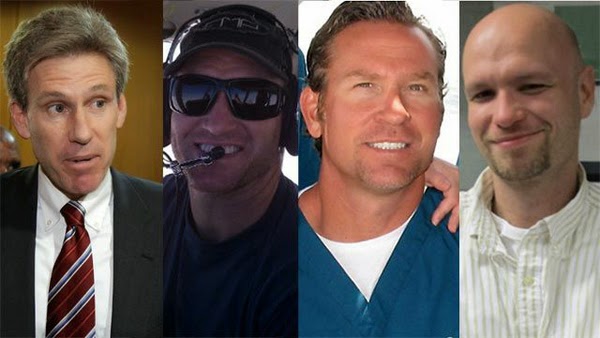 After two years, now comes eye-witness accounts from those on the ground of what actually happened the night Ambassador Chris Stevens and three other Americans were murdered in Libya.

Despite ongoing Congressional Hearings supposed to reveal the truth of that dark episode in American history, it is only now that FOX News has broadcast interviews with US Contractors who share their first-hand minute by minute accounts of what really transpired.  Hint: It had nothing to do with a video, and yes, there is plenty of culpability to lay at the White House administration door.


Even if you believe, as I do, that there are some American missions that the public does NOT need to know about, THIS disgraceful episode in Benghazi demonstrates the worst of US foreign policy in as the current administration rushed to get before the media and spin, spin, spin to deny that Americans serving our country were  needlessly left to die..

Hillary Clinton et al may bob and weave all they like, BUT how American conducts itself on the world stage - how they make decisions to protect all Americans -  really DOES make a difference..

Hillary Clinton may insist on playing coy as to her plans to run for President in 2016,  but the way she and  her boss 'mishandled' Benghazi, should disqualify her from EVER holding any further office.