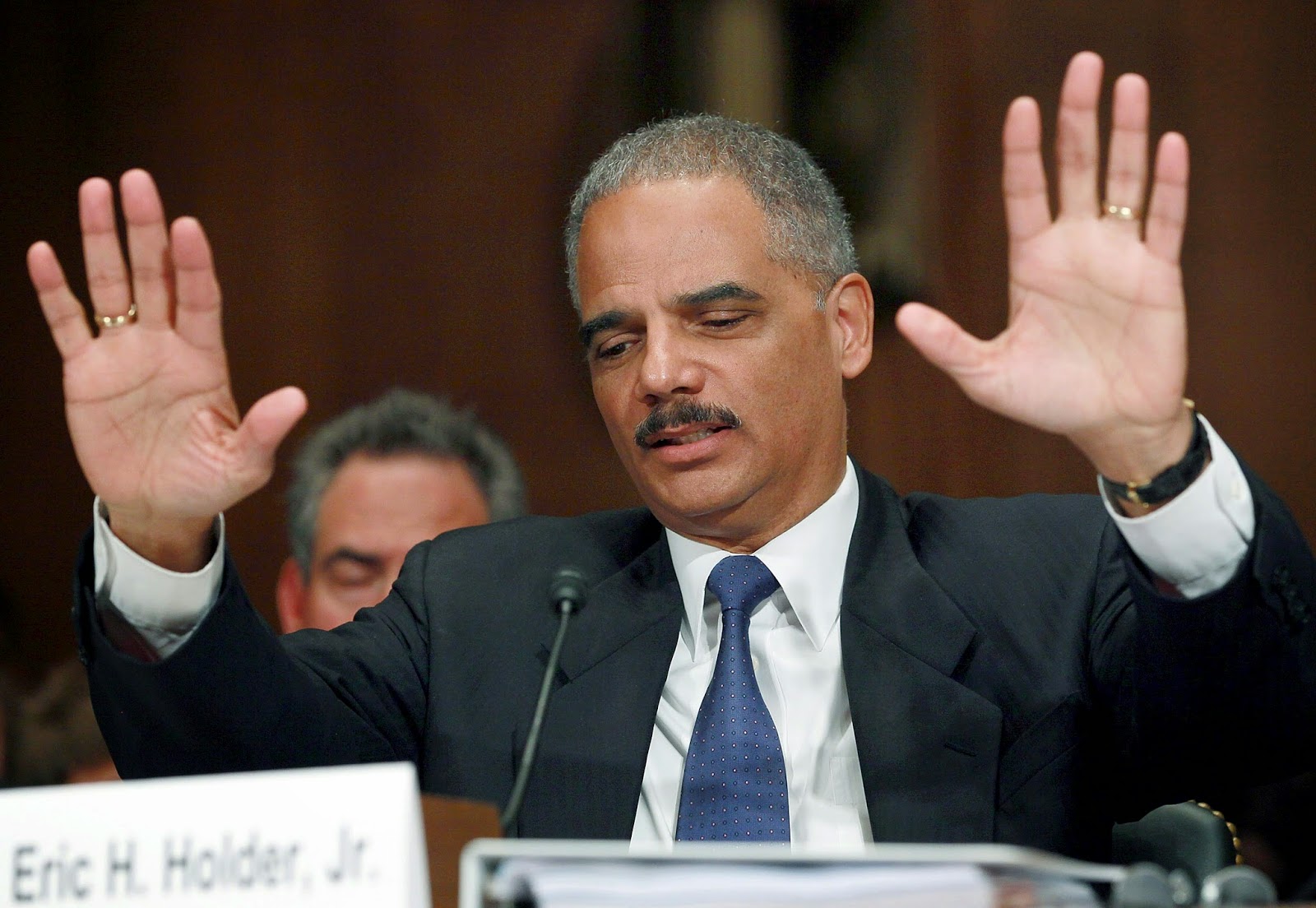 Attorney General Eric Holder gestures while answering questions during a Senate Judiciary Committee Hearing on Capitol Hill on November 8, 2011 in Washington, DC. The committee is hearing testimony from the Attorney General on the controversial “Fast and Furious” gun-running program. (Photo by Mark Wilson/Getty Images)


“Attorney General Holder has discussed his plans personally with the president on multiple occasions in recent months, and finalized those plans in an hour-long conversation with the president at the White House residence over Labor Day weekend,” a Justice Department official told ABC News.


“At a formal announcement later today, the attorney general plans to express his personal gratitude to the president for the opportunity to serve in his administration and to lead the Justice Department, which he will call the ‘greatest honor of my professional life,’” the source said.


But Holder’s tenure was marked by numerous controversies, including his much-maligned, unilateral decision to try Khalid Sheikh Mohammed and other 9/11 plotters in federal court in Manhattan....

Be sure to follow the first link - under Holder's picture - for just some historical perspective this divisive politician.

Email ThisBlogThis!Share to TwitterShare to FacebookShare to Pinterest
Labels: Eric Holder to resign