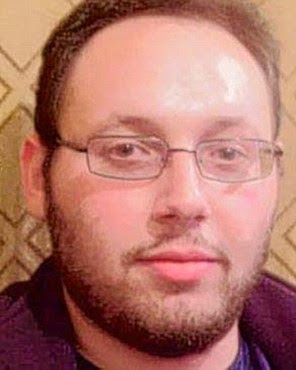 As this slain journalist's beheading by ISIS terrorists hit the airwaves (and Obama reads a scripted, TPT aided,  wishy washy response to this second murder,) I came across an interesting piece out of Israel.


Murdered US Journalist Was Actually Israeli

Journalist beheaded by Islamic State had made aliyah, risked his life to fast on Yom Kippur and pray towards Jerusalem in captivity.

American journalist Steven Sotloff, who was brutally beheaded by the Islamic State (IS) terrorist group, took great risks to keep his Jewish faith in captivity, a former fellow-captive of the murdered journalist told Yediot Aharonoth.

However, it turns out that Sotloff was in fact Israeli.

A media gag order on the issue was released on Wednesday, allowing publication of the fact that Sotloff made aliyah (immigration) to Israel in 2005 by himself, and studied at the Interdisciplinary Center (IDC) Herzliya.

IDC Herzliya released a statement shortly after the gag order was released, noting its great sadness over 31-year-old Sotloff's brutal murder and adding that he studied at the institution from 2005 to 2008.

The statement pointed out that Sotloff, whose work was published in Time, The National Interest and Media Line and Foreign Policy, had been stationed in Egypt, Bahrain, Turkey and Libya, before finally going to Syria where he was abducted by IS.

"In this act the Muslim jihad group has removed itself from the family of humanity," said IDC Herzliya founder and president Prof. Uriel Reichman. "The murder of Steven also erased the immunity that civilized society grants journalists, even in times of war, as their goal is to guard the truth and freedom of speech."...

To learn more about Steven and James Foley's lives - who they ARE -  go watch this interview with a friend of them both.

As Israel has proved many times in the past, anybody who attacks Israelis WILL pay a price.  It is my belief that if, in fact, Sotloff, IS an Israeli, Netanyahu will wreak vengeance for this latest atrocity.  Meanwhile, Obama will continue with his empty 'stern words.'

Rest in peace, Mr Sotloff and Mr Foley.  Prayers for all who love you....

Email ThisBlogThis!Share to TwitterShare to FacebookShare to Pinterest
Labels: Foley, Sotloff an Israeli