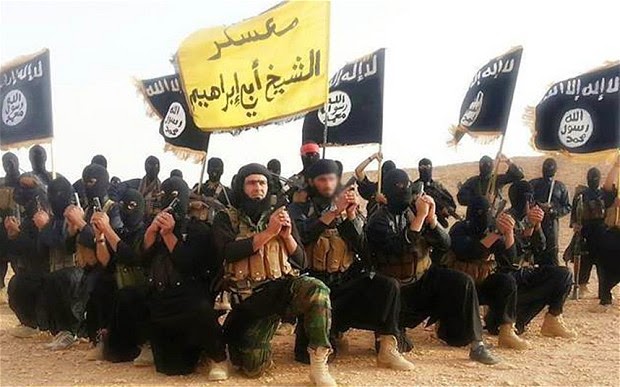 Over the last few years, as Islamist terrorists have rampaged and murdered innocents around the world, I have often asked "where are the muslim moderates?  Why are they not speaking out and condemning the atrocities?"


It seems that locally these leaders of the muslim communities have been speaking out, but the msm hasn't seen fit to report on this.

This may be about to change.  From the Guardian (UK):

The fatwa prohibits would-be jihadists from joining the “oppressive and tyrannical” Islamic State (Isis) in Iraq and Syria, the Sunday Times reported. It said the imams had ordered Muslims to oppose the promotion of the “poisonous ideology” of Isis in the UK.

Six senior Islamic scholars have endorsed the fatwa, the first of its kind issued in the UK, describing Britons allied to Islamic State cells as “heretics”....

Alan Henning: British Muslim leaders unite to urge Isis to release UK hostage‘We are not prepared to let these lunatics hijack our faith’ - read the letter and add your name to the #NotInMyName list

17 September 2014
More than 100 Muslim leaders today make an unprecedented joint appeal to the kidnappers of Alan Henning to release the aid worker unharmed or commit the “worst condemnable sin” against Islam.

The statement to The Independent has been signed by dozens of Imams from across the UK as well as community leaders and other prominent Muslims. It has been passed on to Mr Henning’s family.

It pleads with those holding the British hostage to accept that he was on a mission to Syria to help innocent civilians and to see the errors of their ways.

“In Islam, concern for fellow humans and the duty to help everyone is a religious obligation,” they write. “Anyone undertaking a humanitarian act is paving his or her way to receive help from heaven....

There is much more, including video, here.


ABC News’ Laura Ingraham, Fox News’ Sean Hannity, Fox & Friends and other U.S. media commentators say that Muslims are silent and complicit in the barbarian crimes of ISIS.  Fox News hostAndrea Tantaros said that all Muslims are the same as ISIS, and implied that all Muslims should be met “with a bullet to the head”.


Why don’t we hear Muslims condemning the barbarian ISIS terrorists?


Turns out they are loudly condemning ISIS … but our press isn’t covering it.  [Emphasis mine]

Why aren’t Muslims speaking out against these atrocities?” The answer is: Muslims have been speaking out in the strongest terms, condemning the crimes against humanity committed by ISIS (or, as it is increasingly called, IS) and others in the name of Islam....

Much more worth reading here.
Posted by The Brat at 4:56 AM