Bergdahl Investigation continues - or not! 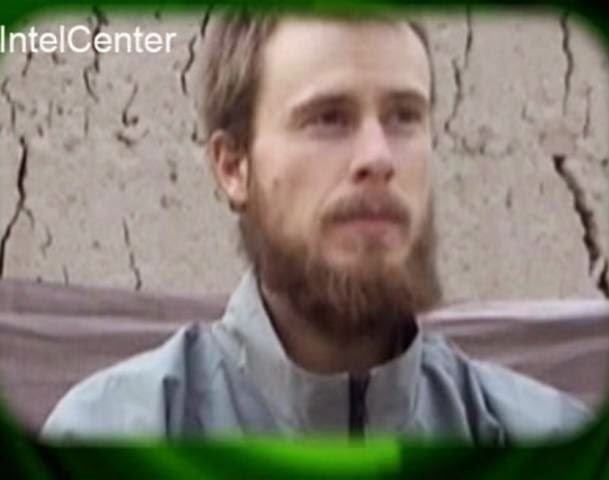 Remember this? In the aftermath of Obama holding a news conference on the Rose Lawn to herald the release of Bowe Bergdahl, the administration has continued to hold to the 'we will conduct a full investigation' as they have re-integrated Bergdahl back into active duty.

Sounds good,  yet amid all the "Welcome Home" hoopla - and despite Obama et al's attempts to portray Bergdahl as a naive innocent abroad -  others who were there have gone on the record sharing their memories of events, that led to the ultimate release of five GITMO detainees in exchange.  Their re-telling of what happened is very different from the picture of Bergdahl painted by the White House; the White House spokeswoman dismisses them as   "not reliable sources"

And on it goes. Three months later, and this administration has moved on to their 'not at war' strategy with regard to an ever- bolder murderous terrorist threat.

However, not everybody has been prepared to delegate victim Bergdahl to the  dustbin of history - yet - and today the main question is still being asked.  From the New York Post::

Is Obama whitewashing a traitor?
By Paul Sperry
September 20, 2014
Three and a half months have come and gone and the Pentagon has offered no clarity on what happened to alleged Army deserter and Taliban collaborator Sgt. Bowe Bergdahl. Fellow soldiers and other critics fear the military’s now-delayed investigation is shaping up to be a whitewash.

The case has become a political powder keg for President Obama.

Since he traded five imprisoned Taliban leaders for Bergdahl, the US Government Accountability Office has declared the swap illegal, and nearly two dozen House Democrats have joined Republicans in officially condemning the move for making “Americans less safe.”

In addition, the Taliban deal appears to have encouraged the Islamic State to put up American hostages as trade bait to free other terrorist detainees, namely “Lady al Qaeda” Aafia Siddiqui.

But a senior Army official told me court-martialing Bergdahl would “make the president look bad.” In spite of damning evidence against him, the official expects Pentagon brass to separate him from the military with a less-than-honorable discharge, sparing Obama total embarrassment.

In a sign Bergdahl may indeed get off with a slap on the wrist, the Army has delayed its AR 15-6 investigation into his disappearance — a development that Bergdahl’s attorneys see as helpful to their client....

Obama may hope that the public will forget all about Bergdahl, as his admin continues to shape the latest issue du jour.   Not going to happen.
Posted by The Brat at 1:12 AM