During Operation Protective Edge, the dogs of the IDF’s Oketz unit battled terrorists in Gaza. Many of them were wounded in combat, but that didn’t stop them from continuing the fight.

Only ten days after suffering a severe injury in Gaza, Whiskey – a dog in the IDF’s Oketz unit – returned to the battlefield. He wasn’t alone. During Operation Protective Edge, several of the IDF’s canines were wounded in clashes with Hamas terrorists. Like Whiskey, many of them continued fighting despite their wounds. 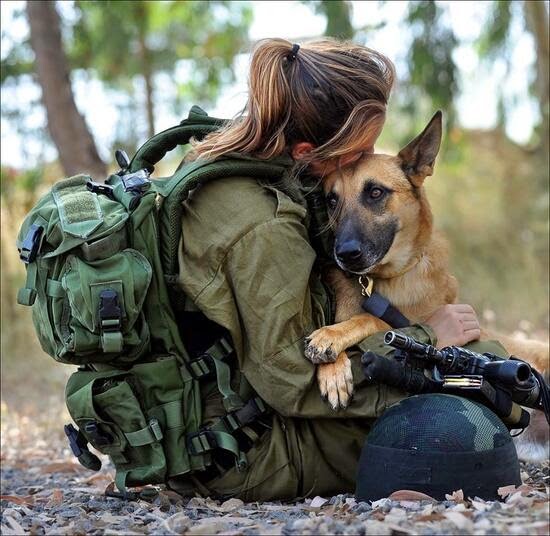 Oketz (Hebrew: ‘Sting’) is the IDF’s elite canine unit and the best of its kind in the world. The unit’s soldiers undergo intense training to lead infantry forces and special units into battle. They prepare year round to join IDF troops in all sorts of situations, from basic missions to the most complex operations.

“Our dogs are filled with motivation, and they rarely reveal that something is wrong with them,” explained Major A, one of the unit’s senior veterinarians. On the first day of the operation’s ground phase, a bullet entered Whiskey’s leg near a major artery. Despite his injury, he continued to carry out his mission alongside IDF soldiers. 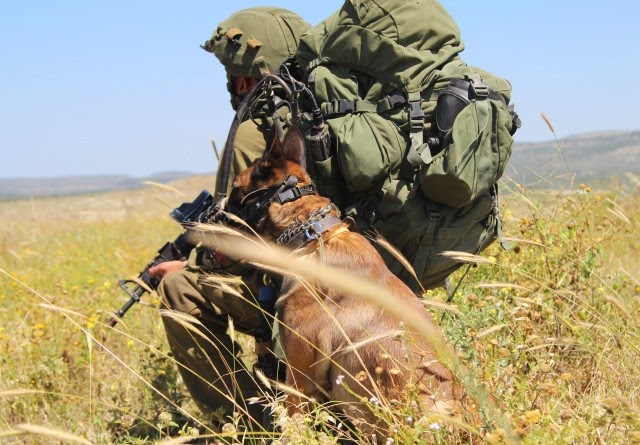 More than two hours after Whiskey’s injury, his handler noticed that he was limping and needed urgent medical attention. IDF soldiers immediately evacuated him to a hospital in Israel, where veterinarians performed surgery and saved his life. Only ten days later, Whiskey returned to the battlefield. “He was determined to keep going,” Major A explained. “His wound was very dangerous, and he survived it almost by a miracle.”...

More details on these fantastic Heroes here.
Posted by The Brat at 4:19 AM