UK: Woman Beheaded - but don't you be calling it terrorism

From Jihad Watch comes this: 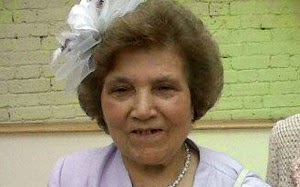 “When you gonna wake up, and strengthen the things that remain?” (Bob Dylan, echoing Revelation 3:2)

This is denial and willful ignorance on a scale so massive as to spell nothing less than a doomed society.

An 82-year-old woman was beheaded in a north London garden after a crazed attacker went beserk with a machete.


Pensioner Palmira Silva was decapitated at her house in Edmonton in broad daylight in an apparent frenzied assault by a 25-year-old man who randomly targeted victims.


The horror scene unfolded as terrified eye witnesses saw the man, who was wielding a foot long blade, attack a passing vehicle and a cat before roaming back gardens for a victim.

Police believe the man also tried to attack two people at another address in Nightingale Road but they were able to escape without injury.


The man was arrested after armed police, who had distracted him to avoid other attacks, cornered him in a house and Tasered him, during which some officers were injured.
Ms Silva was pronounced dead at the scene.


One line of inquiry for detectives is now understood to be whether the man had been inspired by recent footage of the Isil beheadings of two US journalists in Syria.


However, detectives said they had ruled out terrorism as a motive for the killing....

Much more on this NON terrorist killing here.