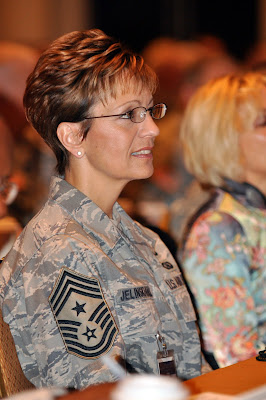 Chief Master Sgt. Denise Jelinski-Hall of the Hawaii Air National Guard will be the third senior enlisted leader assigned to the Office of the Chief, National Guard Bureau. She will be responsible for advising McKinley on enlisted affairs of the 457,000 Soldiers and Airmen of the Army and Air National Guard.

“This was a very tough decision, because of all the very well-qualified candidates who applied for this position,” McKinley said. “Chief Jelinski-Hall will be a welcome addition to my staff.”..