Kenneth Nixon: Giving Thanks for My Eternal Hero

Two years ago today, I wrote a piece on Tanker Bros milblog about a very special American Hero. For reasons known only to God, Kenny is always on my mind and in my heart.

Because today IS American Thanksgiving - where we especially give thanks for our veterans and our currently deployed troops - I am compelled to share this special man with you again: 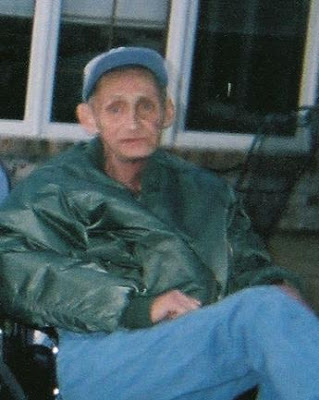 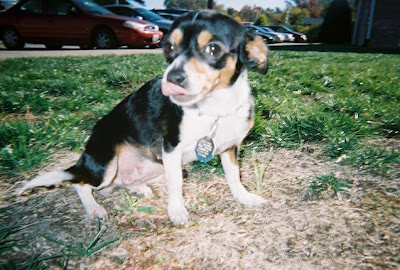 On November 11, 2007 - Veterans Day in America - Kenneth Val Leroy Nixon passed away. While large crowds across the continent honoured our servicemen and women, our heroes, my eternal hero Kenny quietly slipped away in a care facility in Columbia, Missouri, with our friend Kassie by his side. Kenny's beloved Baby K was quietly nuzzling on his chest.


I was priviledged to 'meet' Kenny at the beginning of November. No, we never met in person, and we didn't need to. As it turns out, Kenny and I do "know" each other's hearts very well. It started out as an ordinary enough phone call from Kassie, as she told me about Kenny. Kenny was in an assisted living facility, dying, but hanging on, not wanting to leave, because he was sure God would not accept him. I asked Kassie if I could call Kenny, to share with him, talk to him - to ease his heart and mind. Kassie agreed that she would talk to Kenny about me, and I know she did. Over the coming days, Kenny was on my mind a lot, was always in my heart, as Kassie gave me updates on his physical fragile state. Kenny and I never actually spoke physically, but I know he got my messages, assurances, from Kassie, and I know his heart heard mine telling him that God had always accepted him.

Kenny was a veteran. A Marine. He was in Vietnam 1968-69, but he had no military funeral. No hero's burial in Arlington. He was cremated. His wish. I don't know much about Kenny's military history, but I will always honour every soldier who went to Vietnam. They will always be heroes to me. For me though, it is how Kenny lived his last days on this earth that make him an amazing hero in my heart. He battled demons that most of us will never meet, and he won! When Kenny finally left us, he had been clean and sober for 75+ days.

Even as Kenny knew his time had come in Columbia, Missouri, his concern was for the wellbeing of his precious Baby K, and that his family were taken care of. Kenny's huge family had many flaws (don't all families?), and Kenny loved them.

Tommy Pearl, a long time friend of Kenny's, shared with me:

"When we met about five years ago I adopted him as a big brother. Kenny was a good guy who loved life. He was an avid reader of mysteries and history. He had a great sense of humour, and would do anything for anybody. He loved Baby K so much. Towards the end Kenny was worried about being in God's Good Book. I told him he was already in there."

Kenny loved movies. Kassie took him lots of movies for those last long nights when Kenny couldn't sleep. Westerns and military movies were favourites. He was a huge John Wayne fan. (Wonder what he and John Wayne said to each other when they met in the great corral in the heavens? lol) Kenny had a beautiful smile. I know this.

On the questionnaire that Kenny filled out when he arrived at his last home he noted that he loved driving around. On November 10, Kassie took Kenny out to drive around. No particular destination, but just to be doing something that Kenny enjoyed. At one point, Kassie turned to Kenny and said "Happy Birthday." She reminded Kenny that November 10 is the Marines birthday. Kenny - thrilled - gave a big grin and "OOORAH!" He made a huge effort, and by sheer willpower, found the strength to raise his arm in a salute. To be acknowledged as the Marine he will always be brought a spark of life into him, said Kassie.

November 11 was a sunny day in Columbia, Missouri. Kassie went to see Kenny. He made it known that he wanted to get out of his bed and go sit outside. The staff said he was too weak to get up, but Kenny was adamant and Kassie insisted, because that was what Kenny wanted.

They sat in the late afternoon sunshine, and Kassie put her hand on Kenny's and supported Baby K on Kenny's chest as the hero and the dog found absolute contentment with each other. With the sun shining on them, Kassie and Kenny talked....well, Kassie talked and Kenny, too weak to speak, listened. Kassie again reminded him what I had said. What was said is between Kenny, Kassie and me, but Kassie assured Kenny that "BritBrat said it, so I know it's true, and you can believe it too."

About that time, in another time zone miles a way, I was aware of a stillness. It was as if the world had stopped for one shining moment. Kassie felt and saw Kenny BE at peace, as his body, which had held him back, finally released his sweet, sweet soul to God's care. As the sun set in Columbia, Missouri, so too did the sun set on my hero's stay on this earth. The last thing Kenny said? "I'll pray for you."

Kenny? "All is well, Safely rest. " Freedom to fly is yours! You know how I feel, but I have to say: Told ya soooooooo. See you!

On the original post, which you can find here, I posted a video of Taps.

Today, I am choosing a different video. Kenny was a HUGE Johnny Cash fan, and in a separate post about him, I used THIS video:

Aaaaah, Kenny, what a beautiful Angel you are...