Mr Obama: How many children...? 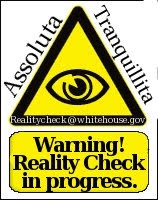 Five days ago, terrorists went in to a family home in Itamar and murdered five - FIVE - members of the Fogel family.


All murdered by terrorists who are being feted within their own community for the cowardly butchering of sleeping innocents.

“This is one of the most brutal attacks we’ve ever seen,” said an Israeli army officer, adding the children “were literally slaughtered.” (here)

The White House put out the following statement:

WASHINGTON - The United States on Saturday called the stabbing deaths of five Israelis in the West Bank settlement of Itamar a terrorist attack and urged the Palestinian Authority to "unequivocally" condemn the killings.

"We condemn in the strongest possible terms the murder of five Israelis in a terrorist attack in the northern West Bank, and we offer our condolences to their loved ones and to the Israeli people," the White House said in a statement.

I have seen minimal reporting in the msm, who mostly neglected to give the ages of these latest victims of terrorism within Israel's borders. Sadly, we have all come to expect this selective 'reporting' from the msm, especially in all matters relating to Israel.

During his time at 1600, BHO has proved to have very little grip on the reality of leadership that should come with the title "President." The people of Iran held up placards pleading to the western world to "Help us," and the Libyans fight their own homegrown tyrant and plead for at the least a 'no fly zone' so Ghaddafi cannot rain bombs down on the innocents.

Terrorism is running amok across the world, and often it is hard to find BHO even 'present.' Apparently in the aftermath of these horrific murders, Obama does 'condemn...this terrorist attack.' He actually used the word 'terrorism,' it is being reported, and this is a good first step.

Am I suggesting that BHO offer the US military might to intervene in countries where despots are killing their own innocent victims? No, of course not, but at the very least I would like to see some concrete action, from the supposed leader of the free world. Instead, he appears to be very busy doing....what?

Since he took power, BHO and his Secretary of State have continued to utter stern words towards Israel, to the point that Israel surely knows they needn't look to a historical ally for support. But this latest from the BHO administration as terrorists murder more Israelis, should leave no doubt about the US 'commitment' to Israel.

"It's a cold-blooded massacre of innocent children and parents," the prime minister said. "I, and the entire nation of Israel, embrace you and the three grandchildren who survived the horror. I promise to do everything we can in order to assist you at these terrible times."

Do I expect BHO to call the surviving members of the Fogel family directly? No, but I would expect that the President of the USA would - at the very least - go on the public record not only denouncing the massacre of Hadas, Elad, Yoav, Ruth and Udi, but also publicly committing to re-examine the gazillion dollars a year the US pours into Gaza, the breeding ground of terrorists who murder Israelis.

Nothing. And the silence is deafening, from where I sit.

I have a suggestion for a presidential gesture that BHO could make: immediately stop sending any US foreign "aid" into Gaza, and any other place that supports terrorists. No more money funneled into regimes that not only harbour and support those who commit such atrocities, but also celebrate the murders of innocents. That includes governments who kill their own citizens who dare to aspire to live in a free democracy.

As the Fogel children and their parents were being butchered, the cash registers to terrorist regimes which harbour the murderers were still ringing with the intake of millions of dollars from the US. I know that the US ignored the calls for aid money to stop as long as Gilad Shalit is still held prisoner; those calls fell on deaf ears in the BHO administration.

Every.single.day Israelis are barraged with rockets fired on them by terrorists. Every day, the children and families of Israel have to live in constant vigilance against terrorist attacks. The Fogel family have paid a terrible price at the hands of murdering criminals, who any decent person would denounce. And that is ALL I, as a private citizen, can do: denounce this evil, LOUDLY.

Barack Obama is not a private citizen. He is the President of the US. He does have it within his powers to make a very effective statement against this latest terrorism by stopping all aid money into Israel's enemies, immediately.

Will he take this very public stand? To date, the answer is obvious.

I have no doubt that Israel will take care of business in response to this latest outrage. BHO? I expect him to just shrug, along with the rest of the world. And my heart hurts and I stand and mourn - with Israel.

How MANY children will have to be murdered, Mr Obama?

The Dutch parliament want the Netherlands to stop subsidising the Palestinian Authority if it fails to take measures to end the glorification of terrorism. A motion put forward by two Christian parties the Christian Union and the orthodox SGP in the Dutch parliament today was supported by a majority of MPs.

MPs have also urged the cabinet to lobby for European Union subsidies to be stopped if no action is taken. The CU/SGP motion was supported by coalition parties, the conservative VVD and Christian Democrats, and by the Freedom Party...

( H/T One of my Danish nephews for this.)

I have decided that if we look to any man, to any country, to any leadership, we are doomed to utter annihilation. Pray people, pray, only God can save this world... It teeters on the edge of complete domination by the dark side.