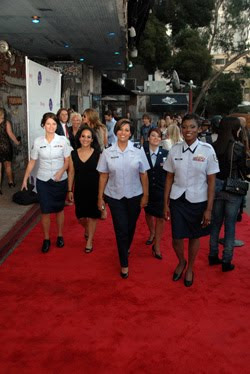 ARLINGTON, Va. (8/11/09) – It may have taken place at the “House of Blues” in Los Angeles, but no one was feeling down last night as five Air National Guard women were honored for their service.

The women were recognized as “unsung hometown heroes” as part of a “America’s Search for Hometown Heroes” program, according to a online blog post by Air Guard recruiting spokesperson and country musician Laura Bryna.

Bryna performed the song “Hometown Heroes” at the private event and co-sponsored the event as a salute to the women along with Southern Beauty Magazine.

To read more on this very cool story, go here.