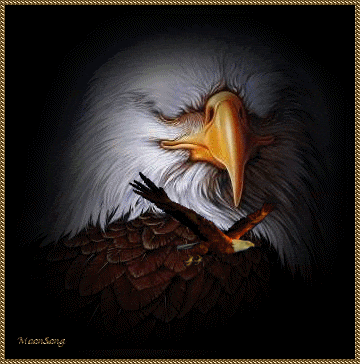 There are many days when, as a writer, I feel totally inadequate. Today is one of those days. Via The Thunder Run, comes a piece by one of my favourite medics. Anything I might add would be superfluous. Read on:

On August 13, 2007 I lost a friend to a roadside IED. Two other soldiers were also lost that day. I knew them all, but the loss of my friend left an indelible mark behind.

It was a day pretty much like any other day we had in Iraq. I was on a PSD patrol to meet some sheik and win some hearts and minds. We received a call that one of our patrols had been hit and that there were casualties. They needed some security on scene, and the commander wanted to make an assessment, so we stopped our meet and greet and sped off to the site of the IED.

Somehow, I knew before we arrived that my friend was among the casualties. Maybe it was because I knew his platoon was scheduled to patrol that area, maybe it was because I knew that he liked to sit in the first vehicle, even as a medic. Maybe it was divine intervention preparing me for the next several hours, I don’t know. We pulled up on scene a few minutes after the blast. The bodies, or what was left of them, had already been placed in body bags, and the patrol that was hit was preparing to return to the FOB. There was a young medic on the scene as he had been along on the patrol in the last vehicle. That’s when I knew for sure my friend had been killed. He looked at me and with a tremble in his voice, he said “I’m sorry. I couldn’t do anything.” I reminded him there was nothing to do and that he had done the right thing by treating the lone survivor.

As the other patrol left the scene, I took in the site. In the middle of the intersection was the burned hulk of a humvee. It was almost unrecognizable, except for the fact that the front bumper and Rhino were sticking straight up in the air. The entire roof, quarter inch steel with a turret in it, has been thrown several hundred meters into a field by the blast. There were magazines, clothes, and small bits of equipment strewn around the area. I spotted my friend’s aid bag and recovered it. It was shredded and bloody as I examined it and ensured the narcotics were accounted for.

After surveying the site and making sure that there were no civilian wounded, I spoke to my Platoon Leader. All of the insurgents responsible had been killed or captured. Two had been killed escaping by boat across the river. The third had been shot and the IA tracked him by his blood trail, finding him hiding in a canoe down the road. That’s when we started “assessing” the site. This turned out to be one of the most gruesome things I have had to do, although it was necessary. ...

Go now - HERE - and read the rest of this heart-wrenching personal remembrance of a friend. And say a prayer for all our fallen, and those they leave behind.
Posted by The Brat at 6:13 AM

Email ThisBlogThis!Share to TwitterShare to FacebookShare to Pinterest
Labels: Two years by Doc