Two paws up for Molly 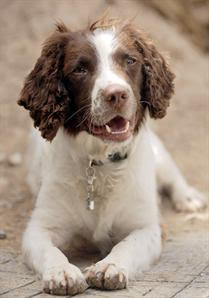 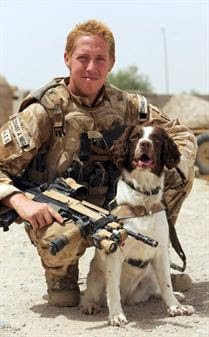 Army dog and handler save soldier's life before busting bomb-makers

An Army dog handler recently saved the life of a soldier critically injured by an IED blast in Afghanistan and then went on, with his dog, to trace and apprehend the bomb-makers.

Lance Corporal Lee Edwards and his dog Molly were just three metres away from the near fatal improvised explosive device (IED) blast which threw both of them into the air.

The pair had been tasked to support an IED search team along a road close to Sangin as night fell.

"We knew that the road was heavily laden with IEDs. It had already claimed casualties and it was our job to assist in finding the devices, both for the benefit of the local population and also to prevent further British casualties."

But a short time into the task, things went badly wrong. He continued:

"One of the soldiers stood on a pressure plate IED. It was very close to where I was stood with Molly and the force of it blew us both into the air. When I landed I was dazed for a moment and my hearing was badly affected. I could just about hear screaming through the smoke and dust. I knew there were multiple casualties."...

This story gets even better, so go here and rest the rest. While you are there, check out the other links to more great stories of our K9's.