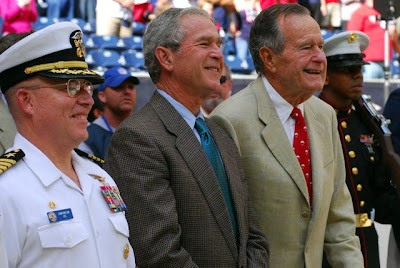 Just because I like this picture of President George W. Bush..:)
Posted by The Brat at 2:28 AM