Gone to the (Military Working) Dogs 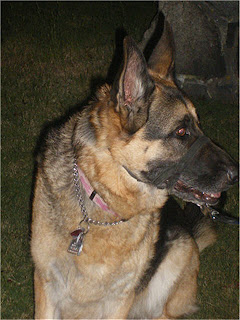 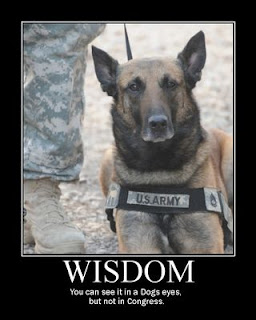 You all know my love for our MWD..Bratdog and I found these this morning out of England:

The skills needed by RAF dog handlers on operations in Afghanistan were put to the test last week at this year's RAF Police Dog Trials.

The intensive week-long competition held at RAF Henlow in Bedfordshire was won by Corporal David Bland and air dog Ben after they beat off tough competition.

The event featured a range of challenging tests designed to reflect closely on the skills dog handlers need on current operations in Afghanistan.

Although the RAF Police UK Dog Trials have been in existence since 1957, this year sees a greater focus on the skills needed for operations.

The RAF Police has personnel regularly deployed alongside MOD Police and Royal Military Police in a variety of roles in Afghanistan, including the training and mentoring of the Afghan National Police.

It is widely recognised that dogs can play a vital part in support of this work whether conducting arms explosive searches or managing difficult crowd control situations.

They are in military terms a 'force multiplier' as a single dog team can take on the role of many Service personnel.

"The finalists in this year's trials are the first to participate in more operationally focused trials. The aim of the trials is to introduce more of the situations which the handlers may come across whilst on operational duties both in the UK and overseas.

"The inclusion of the canine biathlon is a true reflection of the requirement for individuals to be fit for operations and to possess the ability to react quickly to unexpected events."

Winning the trials is a second feather in Cpl Bland's cap as he and Ben won the RAF Police Northern Area's top police dog trials earlier this year. (MoD here)

And then there is this older one:

Bastion's dogs and handlers – "One doesn't work without the other"

Trained to sniff out explosive ordnance or stop intruders on a base, the military dogs deployed in Afghanistan can often be the difference between life and death for UK personnel. But the dogs are only one half of a team. Report by Danny Chapman.

The other half is the human half, the military dog handlers at Camp Bastion's Military Working Dog Support Unit. The unit is made up of dogs and handlers from 102 Logistic Brigade, part of the Royal Army Veterinary Corps as well as from the RAF police. There are 17 handlers looking after the dogs in Afghanistan, spread from Kabul to the volatile Green Zone in Helmand province, with Camp Bastion as the base.

Each handler is normally appointed one dog to look after and work with, and developing the relationship between man and beast is essential to the unit's success as Sergeant Kev Gavin, temporarily heading up the unit, explained:

"If you're all trained with a rifle each person can pick up any rifle. But it's a bit different with dogs; you have to spend time with each dog before using it. Dogs don't speak to you, you've got to be able to read them."

"The relationship between dog and handler has a massive impact on how you work together."

The dogs are groomed every day to keep them healthy, waterproof, cooler in summer and warmer in the winter
[Picture: SAC Kimberley Waterson RAF]

Cpl Bates handles Arms and Explosive search dog "Brandy" in Afghanistan. Brandy, like most search dogs, is a spaniel. The handler and dog are used for tasks that include searching vehicles coming into Camp Bastion and other Forward Operating Bases and going out on patrols with the infantry, checking routes in advance of convoys for mines or other explosives.

The dogs and handlers from 102 Logistics Brigade, based at Sennelager in Germany, like the RAF teams based at RAF Waddington, train at their bases before deploying to Afghanistan. The handlers deploy for between four and six months. The dogs however stay on, so when new handlers arrive they have to start the process of relationship building again:

"It depends on the person and the animal on how long it takes to get to grips with each other," said Sergeant Gavin. "It may take one week it may take three. The handler has to be happy, himself, with the dog. It's not an exact science with dogs. I wish it was."

When the dogs first arrive in Afghanistan the first task is getting them used to the environment:

"Dogs are not 100 per cent and they have off days. They are affected by the extreme weather just as vehicles and airframes are," said Sgt Gavin. "We train in Germany and the UK but you can't recreate Afghanistan. We can recreate big bangs, but not big mortar explosions. If the dogs suffer we take them out and retrain them to get used to it." (read the rest here)

We found lots of great MWD there. Check out some of the other links..

These stories brought to you by Bratdog!

Email ThisBlogThis!Share to TwitterShare to FacebookShare to Pinterest
Labels: MWD stories out of England