ANZAC DAY: Lest We forget 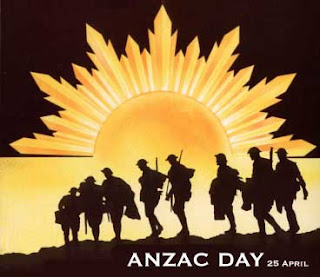 Anzac Day marks the anniversary of the first major military action fought by Australian and New Zealand forces during the First World War.

The acronym ANZAC stands for Australian and New Zealand Army Corps, whose soldiers were known as Anzacs.

Anzac Day remains one of the most important national occasions of both Australia and New Zealand. This is a rare instance of two sovereign countries not only sharing the same remembrance day, but making reference to both countries in its name.

When war broke out in 1914, Australia had been a Federal Commonwealth for thirteen years. In 1915, Australian and New Zealand soldiers formed part of an Allied expedition that set out to capture the Gallipoli Peninsula, under a plan by Winston Churchill to open the way to the Black Sea for the Allied navies. The objective was to capture Istanbul, capital of the Ottoman Empire, an ally of Germany. The ANZAC force landed at Gallipoli on 25 April, meeting fierce resistance from the Turkish Army commanded by Mustafa Kemal (later known as Atatürk). What had been planned as a bold strike to knock Turkey out of the war quickly became a stalemate, and the campaign dragged on for eight months. At the end of 1915, the Allied forces were evacuated after both sides had suffered heavy casualties and endured great hardships. The Allied Gallipoli casualties included 21,255 from the UK, an estimated 10,000 dead soldiers from France, 8,709 from Australia, 2,721 from New Zealand, and 1,358 from British India. News of the landing at Gallipoli made a profound impact on Australians and New Zealanders at home and 25 April quickly became the day on which they remembered the sacrifice of those who had died in war.

Though the Gallipoli campaign failed in its military objectives of capturing Istanbul and knocking Ottoman Empire out of the war, the Australian and New Zealand troops' actions during the campaign bequeathed an intangible but powerful legacy. The creation of what became known as an "Anzac legend" became an important part of the national identity in both countries. This has shaped the way their citizens have viewed both their past and their understanding of the present.