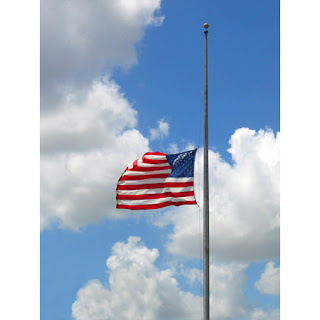 Heaven was needing a Hero: 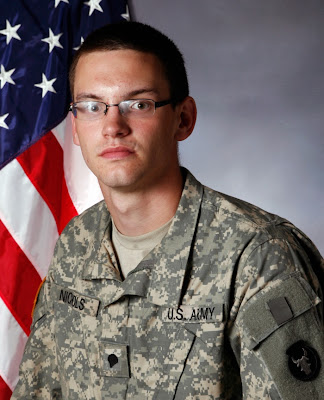 Army leaders delayed a Bagram Airfield sendoff ceremony for an Iowa National Guardsman’s remains so the soldier’s brother could travel from southern Afghanistan to participate.

The prayer ceremony was held Friday morning at the cargo ramp of a military plane. Afterward, Joe Nichols boarded the plane and began accompanying his brother’s body back to the United States, said Lt. Col. Steve Kremer, commander of the Guard’s 1-133rd Infantry Battalion.

“It was a very emotional, special deal to have the brother here with us,” Kremer said by phone from Bagram.

Donald Nichols, 21, of Shell Rock, served in a reconnaissance platoon for Kremer’s battalion. He was driving an armored truck Wednesday when an insurgent’s bomb exploded nearby. The truck’s gunner, Spc. Timothy Gourd, 24, of Prescott, suffered broken bones in the incident. He is on his way back to the United States for treatment, Kremer said.

Nichols’ was the second death among the 2,800 Iowa Guard troops who deployed to eastern Afghanistan last fall. The first death happened Monday, when Spc. Brent Maher, 31, of Honey Creek was killed by a bomb in a road in Paktia Province.

Kremer said Nichols and Gourd were participating in a patrol that was trying to find and clear bombs from a gravel road north of Mehtar Lam, the capital of Laghman Province. Two other soldiers had gotten out of the truck and were slowly walking down the road when the bomb went off.

“They were doing everything right,” the commander said of his soldiers. Such bombs can be difficult to spot, because insurgents have become so skilled at hiding them.

Kremer said violence in his region seems to be picking up in recent weeks, as warm weather signals a return of Afghanistan’s “fighting season.” Attacks tend to wane during the winter, when many insurgents take shelter in nearby Pakistan.

The lieutenant colonel, who is from Cherokee, said his remaining troops seem to be faring relatively well, considering the circumstances. Their reactions varied. “There are some guys who get really angry, who just want to go out and get the guys who did this,” Kremer said. “Others are more analytical,” wanting to know the details of how the insurgents managed to kill an Iowa soldier and thinking about how to prevent another such tragedy.

He said counselors and chaplains are talking to soldiers, and troops have been offered extra time off if they don’t feel ready to return to patrols right away. “We’re keeping a close eye on our guys,” Kremer said. A memorial service will be held at Mehtar Lam within a few days.

The lieutenant colonel said he urged his soldiers not to let their friend’s death distract them from their complicated tasks. Distraction can be deadly, he said. “Although we’re hurting inside, we keep moving on,” he said. “We’ve got to accomplish our mission.”


ALWAYS remembered and honoured..
Posted by The Brat at 6:08 AM