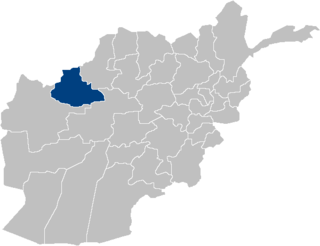 Thanks to security provided by the ANSF and SOF, more than 3,600 villagers were able to return home, after being displaced by insurgent attacks. The partnered force will work together to keep insurgents out of the village, now that the threat has been reduced in the area.

“Taliban historically use the Joy Kar village as a safe haven and facilitation route to maneuver in and out of other villages,” reported a U.S. Special Operations Forces team member.

As villagers migrated back to Joy Kar, positive word spread to former residents that the village is now safe enough for them to return to live and work.

Villagers were able to find temporary work with assistance from the Afghan government. According to reports, the Joy Kar School also reopened, employing eight teachers who will provide classroom instruction to more than 200 children.

In a radio interview with Ibrahim Gareftar, the Bala Morghab District governor, he stated that security had greatly improved in the area, specifically mentioning Morachak and Joy Kar villages.

Gareftar went on to say that due to security, they are now able to help villages with development projects, but villagers must work with the government to see these projects completed. ...