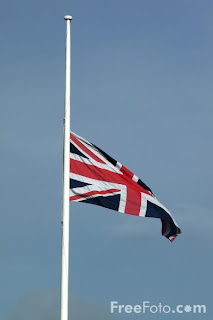 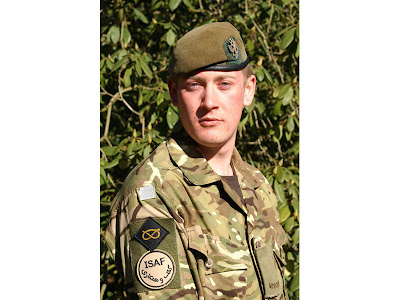 It is with great sadness that the Ministry of Defence must confirm that Private Gareth Leslie William Bellingham, from 3rd Battalion The Mercian Regiment (Staffords), serving as part of Combined Force Nahr-e-Saraj (North), was killed in Afghanistan on Saturday, 18 June 2011.

The Company Group was conducting a patrol to assess the situation on the ground and meet with the local population who had recently returned to compounds in the area.

During the patrol, a local Afghan was injured by an Improvised Explosive Device (IED). As C Company were providing security, insurgents fired upon the patrol and Private Bellingham was fatally wounded.

Private Gareth Bellingham, from Stoke on Trent, was born on 21 November 1988. He enlisted in the Army in October 2007 and attended the Combat Infantryman's Course at the Infantry Training Centre, Catterick, before joining the 3rd Battalion, The Mercian Regiment (Staffords).

A man with considerable driving experience, he undertook conversion training to operate Husky and Jackal vehicles prior to deployment to Afghanistan. It was in the light infantry role, though, that he excelled; his experience, determination and personality inspiring all those around him.

Private Bellingham will be sorely missed by his family, friends, and all that knew him.

"Gareth died doing the job he loved and we are all proud of the job he did. He will be sadly missed by family, friends and all those who knew him. Rest in peace."

"Private Bellingham's untimely death is a tragic loss to the Battalion. He was an extremely hardworking and committed Warrior who was wholly respected by his peers and chain of command alike. Team-spirited, and with great common sense and humour, he was a pillar of strength in C Company.

"Pte Bellingham was one of those soldiers that you had to have in your section; fearless, utterly professional, a prankster and a loyal friend who never let you down; quite simply he was a force for good.

"Observing Private Bellingham, before deploying on a patrol, with his Afghan Army partners with whom he had developed a genuine affinity, I can understand why they fought so hard to save him when he was mortally wounded.

"That his death has affected our partners as deeply, as it has all the soldiers from the Battalion, is testament to the high esteem in which he was held.The world will be that little bit emptier now without him. Our thoughts go out to his family at this devastating time."...

There is much more from those who know and love this Fallen Hero the most, here.

Go, spend some time, and find out more on this 'force for good.'