How a Typo Destroyed a Veteran 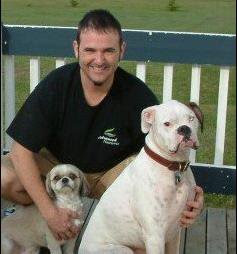 Why is there a man slowly starving himself in Charlottetown? Because we destroyed his life. Twice.
The first came when he developed PTSD in service to Canada. He served in the Royal 22nd Regiment and was posted to Bosnia and Croatia during the Balkans Crisis. He gave his mental health to his country because we required his service. His PTSD got him discharged from the military and sent home to recover.

He had his grandmother’s house and a bit of land. He loves animals. With his pension he could renovate the 160 year old house, rescue animals, do his art, and, hopefully, find peace.Then we destroyed his life again.
There was an error at Veterans’ Affairs. In September, mid-renovations, his pension was deposited into somebody else’s bank account. He called and was assured everything was correct. It wasn’t and he didn’t get his money. Same in October. Repeated calls were not accomplishing anything; VAC said everything was OK.
It wasn’t. Bills weren’t being paid. Debts were rising. The furnace had been removed from the house and there was no money to put it back. Even the animals were worried. When November’s pension also didn’t arrive, the man had to tell the contractors he couldn’t pay them. Tools went down and trucks pulled away. Damp settled into the house....

Veteran gets his apology

An assistant deputy minister of Veterans Affairs Canada extended a personal apology Tuesday in Charlottetown to a protesting ex-soldier on a hunger strike for the past 10 days.

A spokesperson for Fabien Melanson, a Cape Pele, N.B. resident who has been on the hunger strike in front of the VAC headquarters in Charlottetown since early June 5, said the veteran was taken into the department by senior officials Tuesday and offered a personal apology.

It’s also unclear whether VAC offered any additional financial assistance to Melanson, who had demanded both an apology and for the department to help repair his house...

Then today - from Our Duty - comes this:

The veteran of the Royal 22nd Regiment had last eaten on 4 June. He had been protesting at Veterans’ Affairs Canada’s headquarters in Charlottetown, PEI. An accounting error in 2004 sent Cpl Melanson’s pension into the wrong bank account. It took VAC 5 months to correct this error, by which time Melanson’s house and finances were ruined and his mental health at risk. While VAC had acknowledged the error, it had refused to admit any responsibility for the consequences...


As I wrote elsewhere last night, 'sorry' is all well and good, but it is nowhere near enough to compensate this veteran for what VAC has put him through. Goodness knows, a typo can happen to any of us, but the way VAC has treated this honourable veteran has been anything but honourable.

Talk is cheap. Long overdue for VAC to make all of this right NOW!


Thank you for your service, Fabien Melanson.
Posted by The Brat at 4:57 AM

Thank you very much for helping to spread the word. Fabien's case is distressing: not that an error should happen, because errors do, but because it took 5 five months to correct the error and, 6.5 years later, the impact has still not been addressed. Rest assured that we will continue to work with Fabien and try to get his life back on track. We will also be making sure that promises made are promises kept.