Snooper: We. Are. Finished. With. DC. 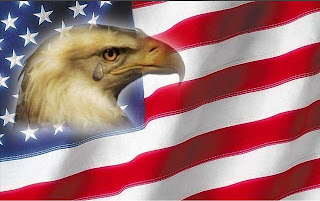 There is so much wrong with America these days, and there are many days when I join my American 'family' in almost despairing of what this great, shining beacon of a country is in danger of becoming. Almost.

Yes, I still see America the Beautiful that I wrote of here: I Believe in America, but as each day passes, there is ever-increasing irrefutable evidence that this country I love so much - and her people - is under attack from those domestic enemies who would 'change' the very foundations on which she was built. When the current resident of 1600 declared to his mindless sycophants something along the lines of 'America is great. Now help me change it,' I cringed along with the rest of the citizens of my heart. Still, the Mouth-in-Chief proves daily that he either has no clue about those attributes which have always made America great, or he doesn't care nor approve of this country which has allowed him to attain the highest office in the land.

In either case - and my regular readers know which view I subscribe to - we watch BHO and his minions work tirelessly (when he is not on the golf course) at trampling American the Beautiful into the ground.

However, there are MANY Americans who are not willing to surrender, and I am lucky to have a front row seat as Americans I know and love actually are on the front lines fighting the good fight 'against all enemies, foreign AND domestic.'

Snooper is one American who every day fighting valiantly on the ground in his determination to not go quietly as usurpers figure they can change this great land beyond all recognition. Lucky for us all, Snooper also writes of all he sees in this struggle that is gathering momentum.. His latest:

Will you join us on our trek?

Help A DAV Out

We are not looking for a quaint group of Rightist Thugs. We are not coordinating a Group Meet anywhere. We are not having a REE REE KICK 'EM IN THE KNEE rally.

PLEASE, go read the rest of what Snooper has to say, HERE, and help him, and the other patriots out, as you can.

Make no mistake, this battle now boiling over inside America's borders is every bit as critical as the Global War on Terror being fought in foreign lands. As with the GWOT, the domestic enemies are every bit as dangerous to the well-being - the survival - of America's future citizens. I have said in the past that BHO was one of the best things to happen to America in a long time. When I initially said that, some of my readers thought I had lost my mind. Two years in, of BHO proving the ugliness (some call it 'audacity.' Not me!) of his plans for the the transformation of this great land, I still have cause for optimism, as every day when BHO attempts to implement his 'change' - most often in secret and behind closed doors - more Americans are waking up to the certainty that America IS under attack from corridors of power centred in DC.

More Americans have woken up to the truth that they WILL have to fight - maybe even to the death - for this land that they love. BHO has woken up Americans who previously had given very little thought to what it is about this land of their birth that they hold most dear. More Americans have come to understand just what is at stake if we allow BHO unchallenged, unfettered rein to destroy all the most cherished values that ARE the greatness of America.

More Americans - like Snooper - have stepped up, and declared what cost THEY are willing to pay to protect America.

They cannot do it alone. Now IS the time for all who love this great country to wake up, stand up and be counted. Now more than ever "freedom is NOT free' rings true. What price are YOU willing to pay?

And yes, as always: I proudly stand up next to you..

Email ThisBlogThis!Share to TwitterShare to FacebookShare to Pinterest
Labels: Snooper, We are Finished with DC