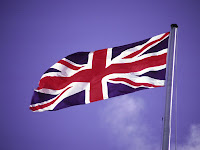 Television presenter and forces sweetheart Lorraine Kelly launched Scotland's Armed Forces Day 2010 yesterday with a busy morning, taking in a variety of modes of transport on offer with the three services.

Lorraine Kelly prepares to board a rescue helicopter for her journey to Scotstoun
[Picture: AB Will Haigh, Crown Copyright/MOD 2010]

Lorraine was flown in by military helicopter, carried across the water by the Royal Navy's finest, and drove an armoured vehicle to raise awareness for this year's national Armed Forces Day.

Armed Forces Day takes place in the UK on 26 June 2010 with people across the country showing their support and appreciation for serving members of the Armed Forces and for veterans who have served in the past and are not forgotten.

The first Scottish event kicks off at the Stirling Military Show on 19 June 2010 with the main celebrations taking place in Edinburgh, Aberdeen and Glasgow on 26 June 2010.

Launching the Scottish events yesterday, Loraine Kelly started off at RAF Leuchars where Air Officer Scotland handed her the Armed Forces Day flag. She then flew by rescue helicopter to Scotstoun where she was winched down into the shipyard to meet sailors on the Navy's latest Type 45 Destroyer HMS Diamond....