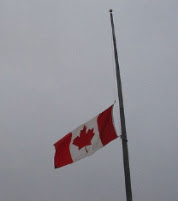 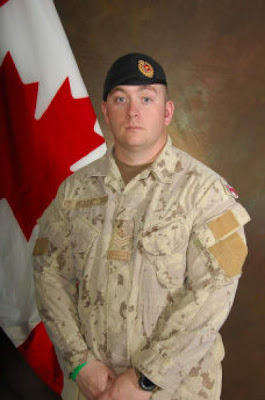 Just days after getting engaged to his girlfriend back home, a Canadian soldier was killed by an explosive blast Monday morning in Afghanistan.

Sgt. James MacNeil, 28, a “proud Cape Bretoner” from Glace Bay, N.S., was killed by an improvised explosive device near the village of Nakhonay while on a joint foot patrol with the Afghan National Army.

He was on his fourth tour of duty in Afghanistan.

Jeannie Lind, his cousin, said MacNeil was planning a new chapter in his life and had just become engaged to Laura, a teacher living in Glace Bay as well, hoping to eventually buy a house and become stationed in Sydney, N.S....

MacNeil, an only child and sports enthusiast who played rugby, hockey and baseball, was well-loved by everyone in the community.

“He was the life of the party. He would come home and make sure he visited everyone, family and friends. Everybody loved him. Even the janitors where he was stationed were crying today. He was very easy to talk to and get to know,” Lind said, adding that she used to email MacNeil frequently, but is now afraid to check her inbox to read his last dispatch.

“I was very proud of him, extremely, we can’t believe it,” she said, adding that MacNeil’s fiancée is devastated....

For more on this brave Canadian, go here.

My heart goes out to all who love this soldier. RIP, Sir.

Email ThisBlogThis!Share to TwitterShare to FacebookShare to Pinterest
Labels: Some Gave All Sergeant James Patrick Mcneil