"It was one of those days when everything went wrong," says Corporal Anthony Horner. 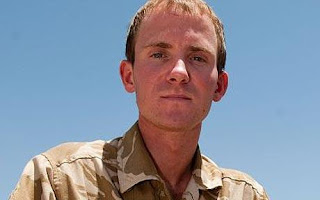 A corporal in the Counter IED Task Force, a unit dedicated to disarming the Improvised Explosive Devices that claim so many British lives, he and his team had just spent the morning defusing two bombs when they were called to the scene of another explosion.

A Danish soldier had just been killed, his body ripped apart after his vehicle hit a roadside bomb. Cpl Horner's team had orders to examine the area and establish exactly how the trap had been laid.

"When we got there the Danish soldiers were sitting down, clearly in shock," says Horner, 25. "As they tried to drink some water, I could see their hands shaking.

"Our job was to find out what went wrong, what kind of device had been used and how they'd been targeted."

But the British team had only just started their investigation when one of the Danish soldiers stepped on a second device. Horner was 50ft away from the explosion.

"My whole team was thrown to the ground by the blast," he says. "My head was spinning, my ears ringing." Then just as he was getting to his feet, a third bomb went off....

Thank you for your service, Corporal.
Posted by The Brat at 4:44 AM