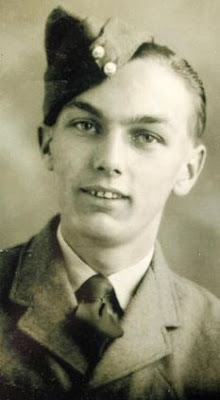 Called up: Harrison was a Classics teacher when called up to join the RAF. He was shot down during his first mission and ended up in Stalag Luft III 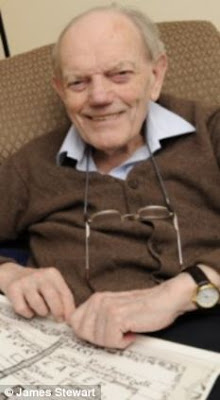 War hero: Jack Harrison, the last RAF pilot involved in the Great Escape, has died at the age of 97

Jack Harrison, one of last survivors of The Great Escape, dies at 97

In the end, it was only time from which he could not escape.

Jack Harrison, one of the last of those involved in the 'Great Escape', has passed away, peacefully and quietly, at the age of 97.

It has been 66 years since the dark night when he waited with bated breath, preparing to crawl through ‘Harry’ and under the wire of Stalag Luft III.

Many years after the war the former RAF pilot, and his brave and resourceful comrades, would be immortalised by the iconic 1963 film - starring Richard Attenborough and Steve McQueen - which remains the staple fare of every Christmas Day celebration.

But, by then, the most audacious - and tragic - prisoner-of-war break out of the Second World War was only a memory to the Scots veteran, who had long since returned to his ‘real life’ as a husband, father and classics teacher.

Mr Harrison would go on to live a long and fruitful life, spending the last two-and-a-half years of it in the veterans' hospital at Erskine, in Bishopton, Renfrewshire.

Yesterday a spokesman for the charity that runs the hospital said: ‘It is with the greatest of sadness that we announce the passing of Great Escape veteran Jack Harrison.

‘Mr Harrison, thought to be the last survivor of the escape, passed away with his son, Chris, and daughter, Jane, by his side.’

The success of the film The Great Escape may have elevated the humble Latin teacher to the status of a war hero. But to his family, he will forever be ‘dad’. In a joint statement yesterday, his two children paid tribute to him.

They said: ‘To others, he was considered a war hero, but to us he was much more than that. ‘He was a family man first and foremost. He was also a church elder, a Rotarian, scholar, traveller and athlete. He took up marathon running in his 70s to raise money for charity...(more here) 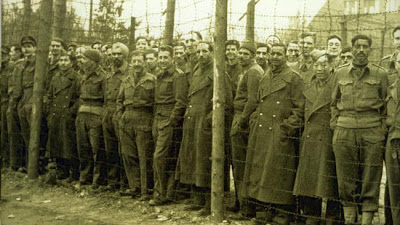 Prisoners of war at Nazi Stalag Luft III camp in Germany, where Jack Harrison was part of the Great Escape freedom bid / File

JACK Harrison, believed to be the last survivor of the daring "Great Escape" plot to flee a World War II German prisoner of war camp, died today at the age of 97.

The Scot was among 200 prisoners that planned the famous escape from the Stammlager der Luftwaffe III camp in 1944, later immortalised in the 1963 iconic US film The Great Escape.

Harrison acted as a runner for Squadron Leader Roger Bushell - who was played by Richard Attenborough in the film.

The plot involved digging three tunnels - nicknamed Tom, Dick and Harry, two of which were discovered by the Germans.

Dirt from the tunnel was secretly carried by prisoners and dumped in the camp grounds and Harry was the only tunnel not discovered because its entrance was under a stove.

Harrison was to be 98th in line to escape through the tunnel but had to burn his forged identity papers and change out of clothes meant to disguise him as civilian engineer after the plot was discovered.

Only 76 prisoners managed to flee on March 24 and of those just three - two Norwegians and a Dutchman - reached safety. The others were recaptured and 50 were killed in retaliation under direct orders from Adolf Hitler.

"I guess it was a blessing in disguise I never made it through, as most were shot," Harrison said in an interview last year, The Independent reported.

"But the main purpose wasn't just to escape. It was to outfox the Germans. It was a huge moral victory. It humiliated Hitler and gave the Nazis a bloody nose."

Harrison was a Latin and classics teacher working at Dornoch Academy in Sutherlund before being called up to serve in the Royal Air Force as a pilot.

He was shot down during his first mission in November 1942 while bombing German shipping at the Dutch port Den Helder.

Eventually he was taken to Stalag Luft III, 160km south-east of Berlin, which at its height housed 10,000 RAF officers and non-commissioned aircrew.

After the war the father-of-two returned to working as a classics' teacher and spent his last few years at Erskine veterans' hospital in Bishopton, Renfrewshire. The hospital announced he passed away peacefully with his son, Chris and daughter, Jane, by his side.

Erskine chief executive Major Jim Panton said: "It was a privilege and an honour for Erskine to care for Jack over the past two years," the Daily Mail reported.

"Although a very modest and private man, he will be greatly missed by all of the staff and veterans in our home."

In a joint statement his two children paid tribute to him.

They said: "To others, he was considered a war hero, but to us he was much more than that. He was a family man first and foremost. He was also a church elder, a Rotarian, scholar, traveler and athlete. He took up marathon running in his 70s to raise money for charity.

"He was also a caring father and grandfather and he will be missed by the entire family."

The film The Great Escape, which also starred Steve McQueen and James Garner, was based on an account by Paul Brickhill, an Australian Spitfire pilot shot down over Tunisia while serving with the RAF, who helped organise the breakout. (source) 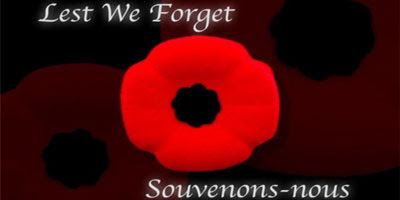 Requiescit in pace. Rest in peace, Sir.
Posted by The Brat at 1:11 AM