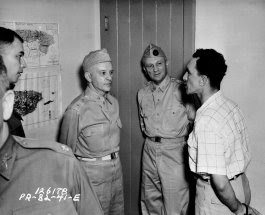 Hispanic Americans in the U.S. Army
By army.mil

Hispanic-Americans have a proud record of military service, dating all the way back to the Revolutionary War. They defended America with unwavering valor and honor. We celebrate their "Call to Duty" during Hispanic Heritage Month, which began on Sept. 15. It's the anniversary of independence for five Latin American countries—Costa Rica, El Salvador, Guatemala, Honduras, and Nicaragua. In addition, Mexico declared its independence on Sept. 16, and Chile on Sept. 18.

Check out this link for a slide show of the contributions Hispanic-Americans have made to the US military.
Posted by The Brat at 6:07 AM