"I am so sick of all politicians, I am going to sit this one out." We have ALL heard this one. Quite apart from reminding all voters (and yes, I have THREE elections coming up to vote at in the next six months,) of fledgling democracies whose voter turnout is higher than either the US OR Canada, today I offer the following posts from my inbox. They all should propel EVERY voter to the ballot box, no matter where you live. It is our responsibility as citizens to vote. And now, more than ever, it is vital that EVERY vote be counted. I would NEVER tell you how to vote, but I AM telling you TO vote: 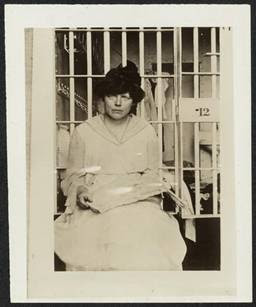 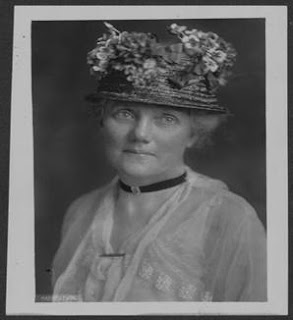 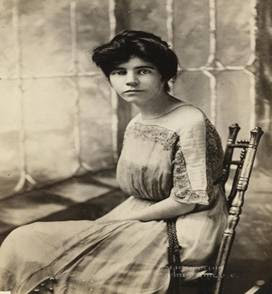 This is a great reminder of what we have in the USA...I was disgruntled with the choices we have this year for President and was considering what to do or not do this year...This convinced me I HAVE TO VOTE...

We have such freedom here in America and we take much of it for granted. Read this and then remember to pull the lever on election day. If you are not registered to vote then maybe this was for you. Your vote does count, you still have time to register!...

This is the story of our Grandmothers and Great-grandmothers; they lived only 90 years ago.

that women were granted the right to go to the polls and vote.

The women were innocent and defenseless, but they were jailed
nonetheless for picketing the White House, carrying signs asking
for the vote.

And by the end of the night, they were barely alive.
Forty prison guards wielding clubs and their warden's blessing
went on a rampage against the 33 women wrongly convicted of
'obstructing sidewalk traffic.'

(Lucy Burns)
They beat Lucy Burns, chained her hands to the cell bars above her head and left her hanging for the night, bleeding and gasping for air.

(Dora Lewis)
They hurled Dora Lewis into a dark cell, smashed her
head against an iron bed and knocked her out cold. Her cellmate, Alice Cosu, thought Lewis was dead and suffered a heart attack.
Additional affidavits describe the guards grabbing, dragging,
beating, choking, slamming, pinching, twisting and kicking the women

Thus unfolded the 'Night of Terror' on Nov. 15, 1917, when the warden at the Occoquan Workhouse in Virginia ordered his guards to teach a lesson to the suffragists imprisoned there because they dared to picket Woodrow Wilson's White House for the right to vote.
For weeks, the women's only water came from an open pail. Their food--all of it colorless slop--was infested with worms.

(Alice Paul)
When one of the leaders, Alice Paul, embarked on a hunger strike, they tied her to a chair, forced a tube down her throat and poured liquid into her until she vomited. She was tortured like this for weeks until word was smuggled out to the press.
http://memory.loc.gov/ammem/collections/suffrage/nwp/prisoners.pdf

So, refresh my memory. Some women won't vote this year because- -why, exactly? We have carpool duties? We have to get to work? Our vote doesn't matter? It's raining?

Last week, I went to a sparsely attended screening of HBO's new movie 'Iron Jawed Angels.' It is a graphic depiction of the battle these women waged so that I could pull the curtain at the polling
booth and have my say. I am ashamed to say I needed the reminder.

All these years later, voter registration is still my passion. But the actual act of voting had become less personal for me, more rote. Frankly, voting often felt more like an obligation than a privilege.Sometimes it was inconvenient.

My friend Wendy, who is my age and studied women's history,
saw the HBO movie, too. When she stopped by my desk to talk
about it, she looked angry. She was--with herself. 'One thought kept coming back to me as I watched that movie,' she said.
'What would those women think of the way I use, or don't use,
my right to vote? All of us take it for granted now, not just
younger women, but those of us who did seek to learn.' The
right to vote, she said, had become valuable to her 'all over again.'

HBO released the movie on video and DVD . I wish all history,
social studies and government teachers would include the movie in their curriculum I want it shown on Bunco night, too, and anywhere else women gather. I realize this isn't our usual idea of socializing, but we are not voting in the numbers that we should be, and I think a little shock therapy is in order.

It is jarring to watch Woodrow Wilson and his cronies try to persuade a psychiatrist to declare Alice Paul insane so that she could be permanently institutionalized. And it is inspiring to watch the doctor refuse. Alice Paul was strong, he said, and brave. That didn't make her crazy.

The doctor admonished the men: 'Courage in women is often mistaken for insanity.'

Please, if you are so inclined, pass this on to all the women you know.

We need to get out and vote and use this right that was fought so hard for by these very courageous women. Whether you vote democratic, republican or independent party - remember to vote.

History is being made!

Email ThisBlogThis!Share to TwitterShare to FacebookShare to Pinterest
Labels: Vote 1